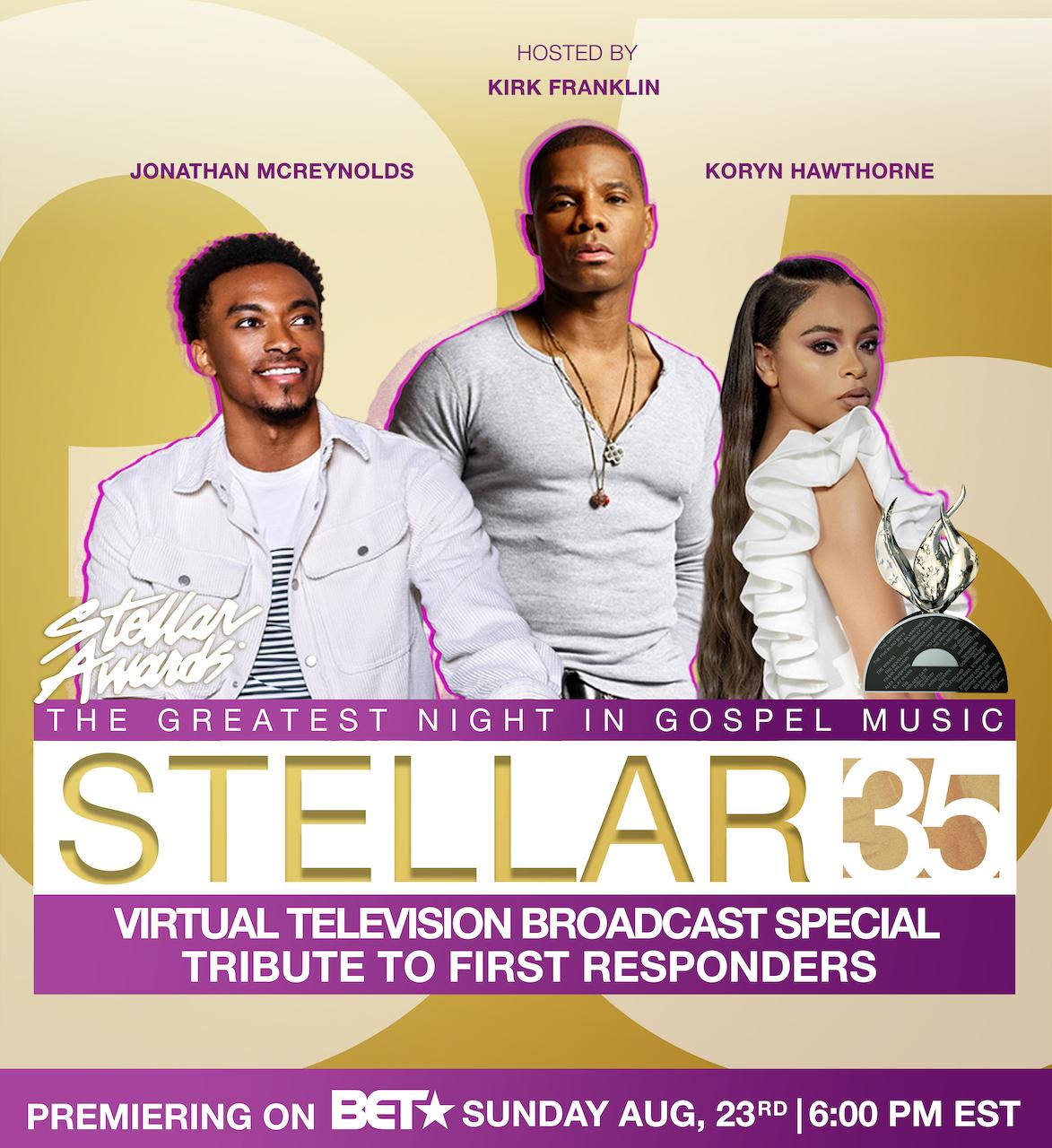 The 2020 Stellar Gospel Music Awards will broadcast on the  BET Network, Sunday, August 23 at 6 pm. The virtual production will also simulcast on BET Her and will acknowledge all award winners from the Stellar Awards pre-show and main show, with select categories being presented in the broadcast.

The gospel celebration was originally scheduled to be recorded in Las Vegas on March 27 and broadcast on BET on April 5.  However, in light of the COVID-19 global pandemic, the show was postponed until late summer.  When the safety of an in-person celebration remained uncertain, Central City Productions announced that the show would be virtual.

Hosted by Kirk Franklin, Jonathan McReynolds, and Koryn Hawthorne, the 35th annual award show will include a special recognition to the late congressman and civil rights leader, John Lewis.

Other special recognition will be given to the legendary Clark Sisters, who are the recipients of this year’s James Cleveland Lifetime Achievement Award. The Aretha Franklin Icon Award will be presented to Lady Tramaine Hawkins. Multiple Stellar Award-winner Pastor Shirley Caesar will receive the Dr. Bobby Jones Legends Award, and the Thomas A. Dorsey Most Notable Achievement Award will go to Dr. Leonard Scott, founder of Tyscot Records.

Executive Producer and Stellar Awards Founder Don Jackson expressed his excitement over how the 35th annual celebration has come together despite the quick change of plans.

“I am especially pleased at how our 35th Annual Stellar Awards virtual production has come together to honor both our award winners and First Responder Heroes, especially under the difficulty of restrictions due to the current COVID pandemic,” Jackson stated.

The red carpet will be hosted by powerhouse Gospel artist Jekalyn Carr on Facebook and Instagram at 4 p.m. CT on Saturday, August 23.

For more information, follow @thestellars on social media or visit WWW.THESTELLARAWARDS.COM  for the latest news and updates.