The Clark Sisters, Travis Greene, and Others Announced as Performers for 35th Annual Stellar Awards

Next month the hottest names in gospel music will gather at the Las Vegas Orleans Arena for the 35th Annual Stellar Awards. Today, Central City Productions announced the list of dynamic artists set to perform during the celebration. 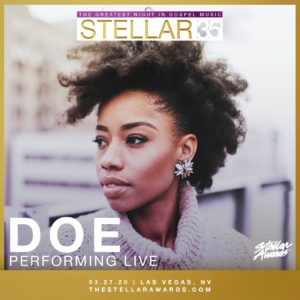 The legendary Clark Sisters are the recipients of this year’s James Cleveland Lifetime Achievement Award. They will celebrate by performing a rousing set featuring some of their most notable hits. The iconic group collectively holds 15 Stellars awards in addition to the Thomas Dorsey Most Notable Achievement Award.

Other industry legends are being honored during the ceremony as well. The Aretha Franklin Icon Award will be presented to Lady Tramaine Hawkins. Multiple Stellar Award-winner Pastor Shirley Caesar will receive the Dr. Bobby Jones Legends Award, and the Thomas A. Dorsey Most Notable Achievement Award will go to Dr. Leonard Scott, founder of Tyscot Records.

Taking the reigns for the first time as co-hosts this year are two of Gospel’s breakthrough artists who have established themselves as part of the ‘new guard’ shaping contemporary Gospel music — Koryn Hawthorne and Jonathan McReynolds.

“Words can’t describe my excitement for this moment! I’m honored that the Stellars chose me to do this next to Jonathan McReynolds, who I love dearly,” Hawthorne said in a statement obtained by Ambo TV. “We’re going to bring a fresh vibe to the stage and it’s gonna be lit!”

McReynolds is equally as excited about hosting the ceremony. He admitted that this opportunity is beyond what he could have imagined.