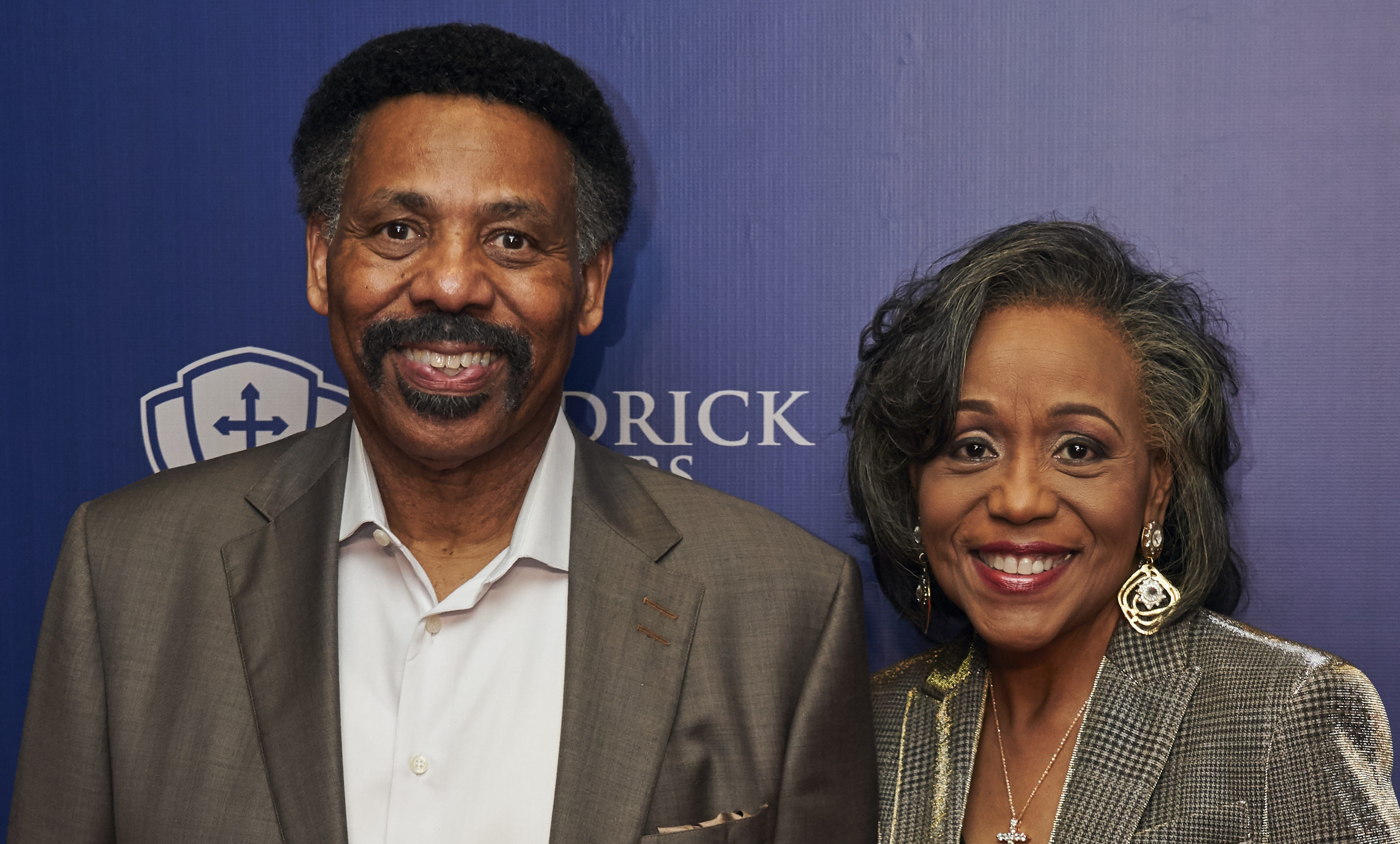 To celebrate this extraordinary event, the Urban Alternative, an organization founded by Evans, held The Kingdom Legacy Live at Oak Cliff this past Friday.

Comedian Sheri Shepherd hosted the all-star event and was joined by some of the biggest names in gospel and Christian music. Singer Donnie McClurkin performed different songs, including his hit song “Stand.” CCM legend Natalie Grant gave a rousing performance of “Tis So Sweet” and sang alongside Evans’ oldest son, Anthony Evans, in a moving duet of “Say the Name.” The NBA chaplain’s three other children were present to celebrate their father.

Totally in my feelings about last night. Words aren’t really coming at the moment. Maybe they are brewing and will come later. Or maybe last night was something to be fully present for, to be experienced deeply and to be remembered forever. . So until I have more, one word will do. . FAMILY . And I am overwhelmingly grateful for all that one word means. #kingdomlegacylive #mommymadeit

Gospel music producer and songwriter Kirk Franklin, who calls Evans his pastor, also did a set of his popular songs in honor of Evans. Other special guests included Jeremy Camp and Christian hip-hop artist Lecrae.

Thank you @kirkfranklin for helping us to honor our father last night. We are grateful for you! #kingdomlegacylive

During the celebration, Evans’ alma mater, Dallas Theological Seminary, surprised him with the news that they were giving him the Lifetime Achievement Award. The Museum of the Bible in Washington, DC also announced that it would be putting his commentary on permanent display for his accomplishment.

Repost from @priscillashirer using @RepostRegramApp – This is the look of a man …..when he is being given the Lifetime Achievement Award from @dallasseminary & is then told by his son that the @museumofbible in Washington, DC will be putting his commentary on permanent display for his accomplishment. 👏🏽👏🏽👏🏽👏🏽👏🏽👏🏽👏🏽👏🏽 Well done @drtonyevans ….Well done Daddy. 💜💜💜 #kingdomlegacylive

Perhaps the most moving moment of the night, though, happened when Evans’ grandchildren honored his wife, Lois Evans, who is battling a rare form of cancer and who doctors said would not be able to make the event. As singer Tori Kelly belted out her song “Before the Dawn,” Mrs. Evans’ grandchildren and great-grandchildren each handed her a rose while she smiled and mouthed the words “thank you.” Dr. Evans can be seen dropping his head, and wiping tears from his eyes, overwhelmed with emotion by the display of love.

When you tell your friend that her new song means the world to you…and she then shows up and sings it live for your mom. #beforethedawn #whatsarosewithoutathorn #grandkids #greatgrandkids #love

The festivities continued through Sunday as Evans and his wife celebrated their 70th Birthdays, although he turned 70 last month. Gospel legend CeCe Winans surprised the couple in church by singing a few songs, including their favorite hymn “The Blood.”