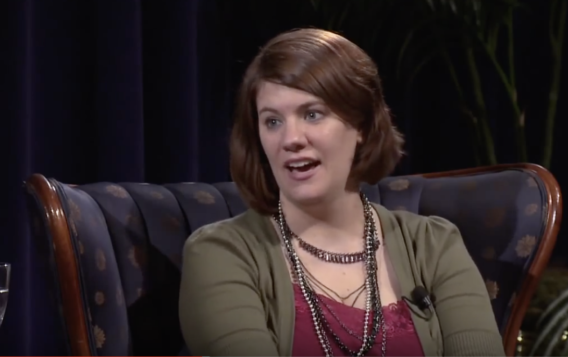 The impact of well-known progressive Christian writer Rachel Held Evans’ unexpected death at 37 has reverberated throughout the Christian community and beyond, leaving many with questions.

How can someone enter the hospital with flu-like symptoms and a UTI, and not leave alive?

Evans’ family has not released a formal statement on what caused her death. However, when the Washington Post spoke with medical professionals about what may have caused her it, they suggested she may have suffered from Encephalitis.

The medical professionals also stressed that their lack of firsthand knowledge of Evans’ case makes it difficult to say with certainty. Nevertheless, they acknowledge that something serious happened.

“Something enormously dramatic happened between April 14 and 19,” said William Schaffner, an infectious-disease professor at Vanderbilt University, who did not treat Evans.

Evans first alerted the public about her health condition in a tweet on April 14th.

“If you’re the praying type – I’m in the hospital with a flu + UTI combo and a severe allergic reaction to the antibiotics they gave me,” Evans tweeted.

As Schaffner stated, “something enormously drastic happened” between that tweet and the blog post written by her husband Dan Evans on April 19.

“During treatment for an infection Rachel began exhibiting unexpected symptoms. Doctors found that her brain was experiencing constant seizures,” he wrote. “She is currently in the ICU. She is in a medically induced coma while the doctors work to determine the cause and solution.”

Evans remained in a medically induced coma for days, transferring to multiple medical facilities. When doctors tried to wean her off the coma medicine, she experienced more seizures and brain swelling. The swelling of her brain proved unsurvivable.

“When you hear about brain swelling and seizures, it does point to central nervous system infection and [the] possibility of encephalitis,” Amesh Adalja, an infectious-disease and critical-care doctor at Johns Hopkins Center for Health Security told the Post.

Encephalitis is the swelling of brain tissue caused most often by a viral infection, although it can be the result of a bacterial infection and rabies.  Symptoms of the illness can include seizures, personality changes, and weakness. It is a rare condition that doctors frequently do not have medicine to treat, and instead focus on reducing the brain’s swelling.

“It’s difficult to believe that in the 21st century this is the case, but with encephalitis, it’s an illness that can sometimes affect young people with dramatic, unfortunate results,” Schaffner told the Post.

Although Evans’ cause of death remains uncertain, what is not uncertain is the legacy of love, honesty, and inclusion she has left behind.