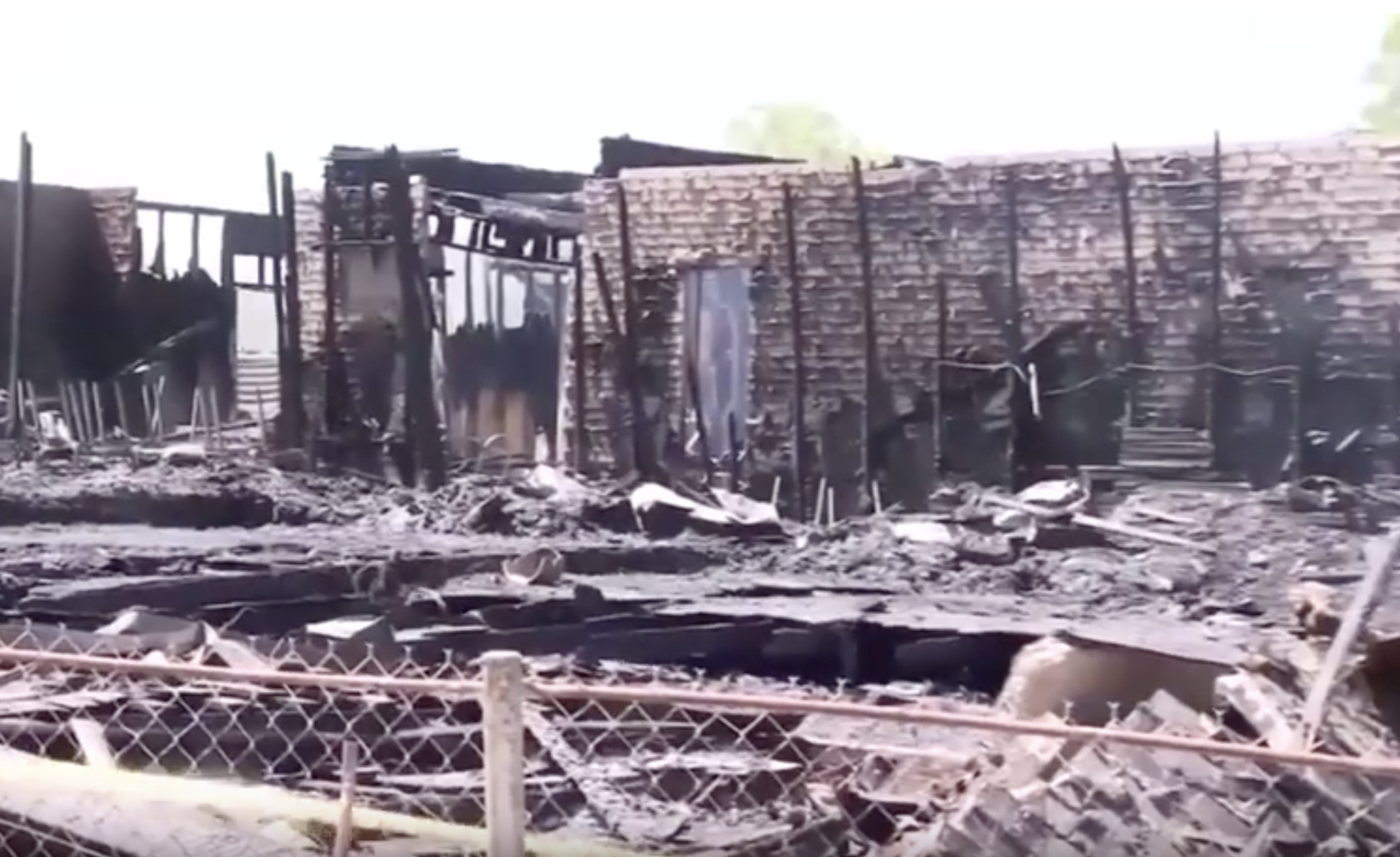 In late March through early April, over the course of ten days, Holden Matthews allegedly set fire to three churches, Great Union Baptist Church, St. Mary Baptist Church, and Mount Pleasant Baptist Church. At the time, some suggested his actions were linked to his consumption of heavy metal music. However, others suspected that Matthews, who is white, may have been racially motivated. He is currently awaiting trial on state and federal arson and hate crime charges.

Deshotel met with the three pastors at St. Mary’s on Halloween to present the donation. He expressed how horrified and saddened he and his congregation were to hear of the arsons this past Spring. Yet, despite the evil displayed through the acts of destruction, Deshotel says that it also provided an opportunity to do good. “Evil brings opportunities for good and this is a good way to do that,” he said.

They collected the money during a second collection at churches around the diocese in recent weeks. The $50,000 will be divided among the three churches, for roughly $16,600 each.

The diocese is not the first to raise donations for the churches. In April, a GoFundMe campaign raised over $2 million, and other local businesses and organizations have donated.

Rev. Harry J. Richard, the pastor of Great Union Baptist, sees the donation as an example of love in action. He is moved by the generosity of others and is determined to not let the destruction of the building weaken their spirit.

“They burned down a building,” Rev. Richard told the New York Times earlier this year. “They didn’t burn down our spirit.”

St. Mary pastor, Rev. Kyle Sylvester, shared similar sentiments as Richards; expressing his gratitude at the love of others.

“It was a display of God’s love. It shows that love goes beyond religion, it goes beyond race, it goes beyond the things that we get hung up on,” Sylvester said. “Thank you for displaying what love really is and what Christ really represents.”