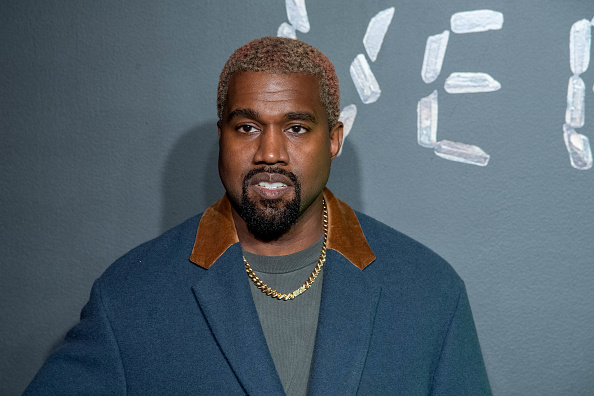 Yesterday, in a short tweet, West wrote “‘Jesus is King’ Midnight,” and included an image of what looked like a list of tracks. But alas, midnight came and went, and there was no album. Fans were left waiting again for an album whose release date has been a reappearing mirage.

Then today, around noon, it happened!

When the album didn’t appear at midnight, the multi-platinum selling rapper once again took to twitter at 1:18 AM to offer an explanation for the delay.

“To my fans. Thank you for being loyal & patient. We are specifically fixing mixes on “Everything We Need” “Follow God” & “Water.” We not going to sleep until this album is out!”

Thank you for being loyal & patient

We not going to sleep until this album is out!

The release of this album may come as a shock for those who have become accustomed to West’s continual delay of the project. The award-winning rapper has been hinting at his album release for quite some time. Last month he posted a cryptic picture on his website that was ostensibly a track list. Underneath the list was the date September 27. His wife Kim Kardashian West tweeted the image as well, leaving many to believe it was finally coming.

But it never appeared.

The “Jesus is King” album was originally scheduled to be released in September 2018 under the title “Yandhi.” He pushed back the release date to November but again failed to drop the album as promised after performing with rapper Kid Cudi at Camp Flog Gnaw.

“It felt so good being on the stage last night with my brother Cudi,” West tweeted. “After performing again, I realize the new album I’ve been working on isn’t ready yet. I’ll announce the release date once it’s done. Thank you for understanding.”

Since then, the “Jesus Walks” rapper has focused more on his faith, hosting Sunday Services in Los Angeles.  He has taken those Sunday services on tour, appearing in major cities like New York, Chicago, and Detroit.

West’s change in focus has also changed the tone and substance of his music. He admitted that he is no longer using foul language in his music, and his wife stated that he is a born-again Christian.

In a recent interview with his pastor, Adam Tyson of California-based Placerita Bible Church, Tyson said that West had been radically saved. He also shared that at one point West almost gave up rap music altogether because he believed it was evil.

One time, he (West) told me that he wasn’t going to rap,” Tyson told Christian outlet Apologia, XXL magazine reported. “I said, ‘Why not?’ He said, ‘Well, that’s the devil’s music.’ I said, ‘Hey, man. Rap is a genre. You can rap for God.’ I think he was already thinking about it a little bit, but I just definitely said, ‘Hey, bro. I think you need to use your talents that God’s given you and use that platform for God.’

With the release of “Jesus is King,” West has officially signaled his new journey of using his talent for God.