3 Reasons To Be Excited About the Movie ‘Overcomer’ 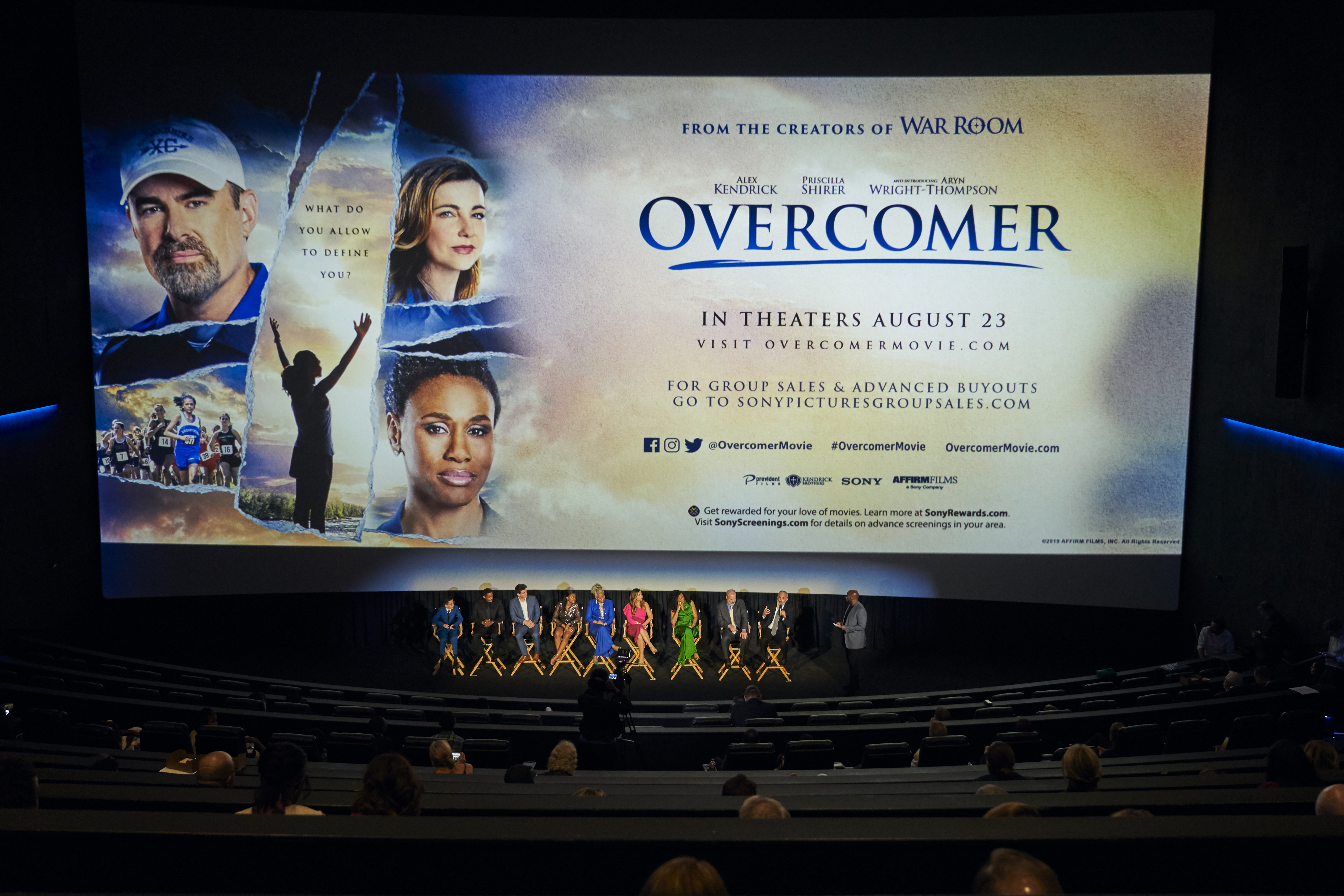 Alex and Stephen Kendrick, known professionally as The Kendrick Brothers, have a knack for producing Christian films that audiences love. From War Room to Fireproof, their movies are quickly becoming Christian classics.

Their latest project, Overcomer, opens Friday, August 23, and fans are already anticipating another powerful story from these pastors turned filmmakers.

While audiences prepare for the film’s release, here are three reasons to be excited about Overcomer.

This is the sixth film from the brothers, and like their other works, it is family-friendly. Audiences do not have to worry about inappropriate language, violence or other graphic scenes; it is safe for little ears and eyes. With a PG rating, you can feel secure in taking your whole family or your church!

Not only that, but the message is also one everyone can relate to. The movie tackles the topic of identity by following the lives of three people as they are forced to overcome difficult situations to find who they are in Jesus Christ.

“I think this movie really is relevant for this generation,” Stephen told Fox Nation. “We’ve got so much confusion concerning identity and people are wondering, ‘Why am I here? What’s my value? What’s my purpose?’ and they’re putting their value and identity in things that can be taken away.”

In 2015 War Room surprised everyone when it became the number one movie in the nation. Bible teacher and well-known speaker Priscilla Shirer stared in the film as Elizabeth Jordan. It was her big-screen debut.

Now in Overcomer, the Kendrick Brothers have solicited her talent again with hopes of recreating the magic from before.  Shirer, who admits that acting was not her first career choice, plays Olivia Brooks, the principal of the school where the main character Hannah Scott, played by Aryn Wright-Thompson, attends.

Director Alex stars alongside Shirer as John Harrison, the reluctant cross-country coach that must coach Hannah, who suffers from asthma. Other cast members include Kendrick Cross (Iron Man 3, Death Sentence), Holly Morris (Stranger Things, Sleepless), Ben Davies (War Room, Courageous), and more. With a stellar cast like this, the movie is bound to be another blockbuster.

3. Shirer and the Kendrick Brothers Wrote Two Books to Go With the Movie

The veteran filmmakers knew that people would want to continue the discussion started by the film. That is why they created resources to facilitate that conversation.

“With every one of the movies, people are moved emotionally. They’re laughing. They’re crying in the theater. And they walk out saying ‘I want to dive deeper,'” explained Stephen. “So, we try to provide them with resources so they can study and learn and grow personally.”

In line with this objective, Shirer authored Radiant, a book for teen girls and young women that discusses identity. “The main character in the film was a young woman, so our goal was to write something, hopefully, that young women would be attracted to,” the bestselling author said in an interview with her sister Chrystal Hurst.

The Kendrick Brothers co-author Defined. “Based upon powerful insights from the scriptural book of Ephesians, and seasoned with personal stories and practical wisdom, Defined challenges you to let the One who knows you best be the One who guides your heart the most,” reads a description of the book on Amazon.

Both Radiant and Defined have already been released. Overcomer starts tomorrow. You can watch the official trailer in the clip below.