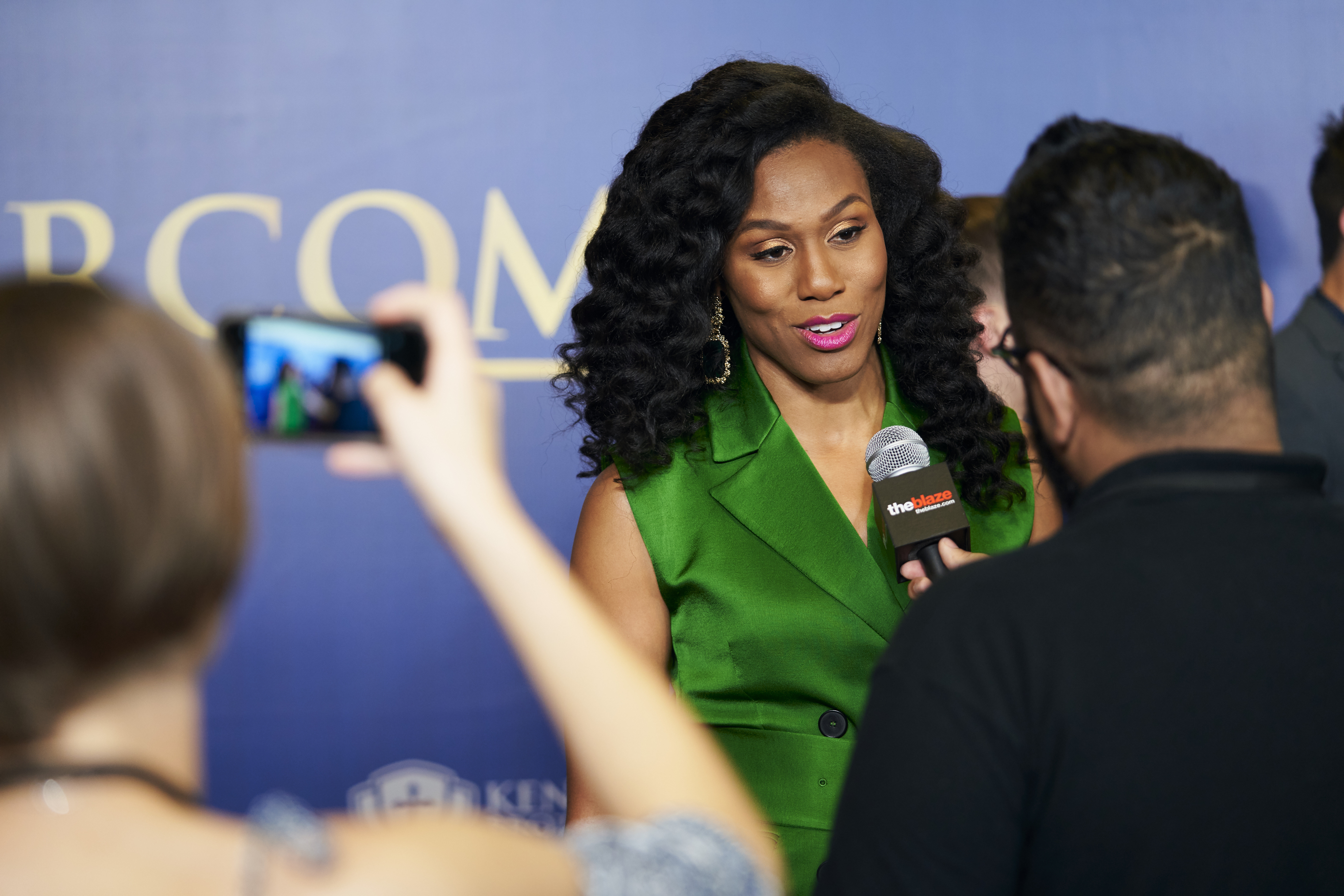 On August 23 New York Times bestselling author and War Room actor Priscilla Shirer will appear in her third film, Overcomer. She recently sat down with her sister, author and host of The Sister Circle Show Chrystal Evans Hurst, to discuss the film and her new book Radiant.

Written and directed by the Kendrick brothers, Overcomer follows the lives of Hannah, a budding young athlete, and John an unlikely cross-country coach, as they struggle with finding the source of their identities.

Shirer co-stars as Olivia Brooks, the principal of the school where Hannah attends.  Unlike her beloved role of Elizabeth Jordan in War Room, she does not play the lead in Overcomer but is a supporting character.

When asked whether she prefers playing the lead or a supporting role, Shirer admitted to being conflicted.

Although the Going Beyond Ministries Founder is known for her speaking and acting, she admits that those were not her first career choices.  Hurst shared with the audience that Shirer went to school for communications because she wanted to be a journalist. “That was my goal for my life–broadcast journalism,” Shirer added.

The Bible teacher may not have become a broadcast journalist, but she is still communicating in other ways. In addition to her new movie, on August 6 she released another book, Radiant, based on the film Overcomer.  It has already reached Amazon’s top seller’s list for Teen and Young Adult Chrisitan Inspirational.

“The main character in the film was a young woman, so our goal was to write something, hopefully, that young women would be attracted to,” Shirer said as she explained the impetus behind the book.

When asked to define what she means by “young women” Shirer got transparent.

“Can I be honest with you?” she asked. “…this was a struggle with me and the publishers because they wanted to write ‘teen girls’…I wanted us to write the subtitle ‘for young women and the young at heart’ because what I wrote here applies to me. I’m 45.”

Wrapping up her interview, Shirer concluded with powerful words to anyone who struggles with finding their identity.