These Are The Countries That Pray The Most And Least, New Reports Say | Ambo TV
Featured Posts

These Are The Countries That Pray The Most And Least, New Reports Say 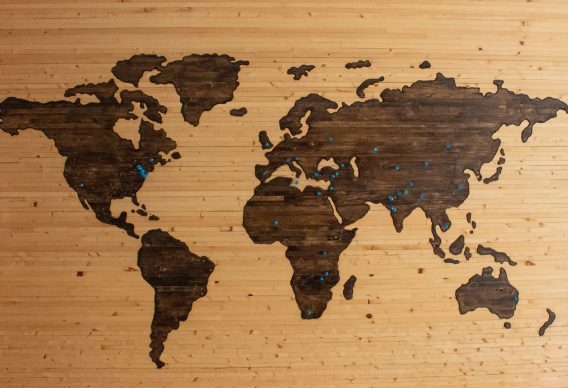 Christianity has impacted people all over the world but some countries have a higher percentage of people devoting their life to prayer than others.

According to a recent report from the Pew Research Center, Christians in Africa and Latin America are praying and attending church more than believers in other parts of the world. Countries like Nigeria, Liberia, Senegal, Cameroon and Chad were surveyed about their faith recently.

Similar statistics were also revealed in Latin American countries like Guatemala, Honduras and Paraguay. Pew has concluded that “the most committed Christians in the world live in Africa and Latin America.”

Countries featuring Christians who reportedly pray the least include Austria, Germany, Switzerland, Denmark, Estonia, Russia the UK and Malaysia. According to Pew Research Center, there are less than 10 percent of Christians there who pray daily or attend church weekly.

While Christians in the U.S. have a high percent of people who pray daily with 68 percent of those surveyed, the majority of people do not attend church weekly. According to Pew Research data, 47 percent are not consistent in physically attending a church.

There may be a reason for these geographical statistics. The latest report from the Pew Research Center states that Christianity has moved from wealthier nations to developing ones.

“These findings reflect the broader pattern of Christianity’s “march southward” from wealthy countries to developing ones,” says a Pew Research Center report released this week.  “This phenomenon is particularly evident in sub-Saharan Africa, where Christianity is rapidly growing, largely due to high fertility rates.”