Thou Shall Not Judge? | Ambo TV
Featured Posts

Thou Shall Not Judge? 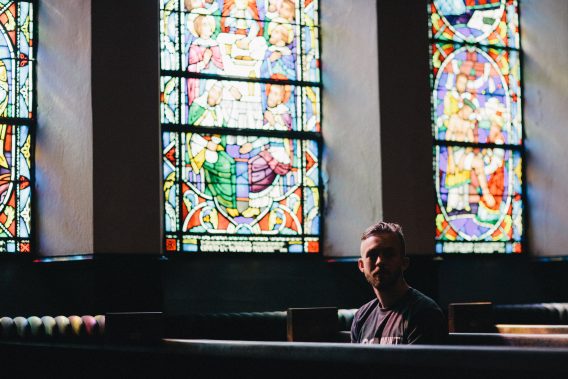 Have you ever felt compelled to obey a Bible verse that you didn’t quite understand? Did that make you anxious or dreadful? Have you ever worried that a biblical principle was humanly impossible to follow? That its corridors were so narrow, that you couldn’t walk through without getting stuck? That its sole purpose was to vex you?

This is precisely how I had felt about the biblical injunction not to judge others. Like, really?! For many years, I had felt ill-equipped to understand and practice Jesus’ words in Matthew 7 and Luke 6.

What if nearly EVERY SINGLE THING I had been doing amounted to judging others? I worried about widening the meaning of the injunction so much that the road of obedience became too narrow, such that only God could tightrope it. The injunction felt more condemning than rightly convicting, more paralyzing than liberating. And I couldn’t reconcile that with the notion that there is no condemnation in Christ.

Conversely, what if NOTHING I had been doing qualified as judging others? What if the injunction was therefore meaningless to my spiritual life, applicable to someone else but certainly not me? What if it was essentially inviolable? I worried about narrowing the meaning of the injunction too much that the road of obedience became exceedingly wide, that it had no ledge off which I could fall. I did not trust myself to discern the boundary. I was naturally inclined to self-exoneration, addicted to my own innocence. There is a way that seems right to a man, but in the end it leads to death. What if my understanding rendered the injunction neither condemning or convicting, but conveniently affirming?

Besides these questions there were others that were a bit more concrete. The biblical injunction not to judge seemed to fly in the face of the moralities I encountered everyday–at home, school, church, in our culture. Was it really possible not to judge others? Weren’t our brains hardwired to evaluate, categorize, filter, stereotype, and rank? What did not judging others even look like in practice? “Sir, I saw what you just did, but I do not have any feelings or thoughts about it, at all, whatsoever.” Riiiiiiight.

More unsettled me than the seeming impossibility of obeying the “don’t judge” principle. There was also what I took to be the absurd vulnerability the principle seemed to require–vulnerability to harm and exploitation by others. Exposed. If I didn’t judge others, if I didn’t discriminate between them, how could I protect myself? How could I avoid becoming a carpet? Didn’t judgment inoculate me against weakness? Should I just let folks use and abuse me? Literally and metaphorically, should I use a peephole or just let anyone into my home? Did the injunction really require me to check my mind and common sense at the door? My intuition, my gut? Isn’t that what it means to become so heavenly minded that I render myself of no earthly good?

And then there was the deeper question–perhaps one that I didn’t want to consider–of whether not judging others was even desirable. Judging others felt good, felt right, felt righteous. I felt justified in carrying the full slate of criminal justice roles into my everyday interactions with others. People had done wrong. People had wronged me. People had wronged those I loved. Those people deserved to be arrested for their crimes of disrespect, neglect, and abuse. To be indicted for not doing things the way I thought they should. To be tried and found guilty by a jury consisting of twelve Jasons and sentenced by a merciless judge who happened as well to bear the name of Jason. But there was no justice in that, only misdirected pain.

Years of prayer, reflection, and discussion have brought balance to my understanding of the biblical injunction not to judge. Thankfully! But, the resolution to my dilemma has been both easier and harder to swallow than I expected. Never judging or always judging others are two sides to the same coin. Both rely on the diminishment of human worth–either yours or theirs.

God has given us minds and with them the capacity for evaluation, critique, and discernment. And much of life is about learning how to use these capacities well. In relationships with others, these capacities help us notice and address when we have wronged others and when others have wronged us (the former often being easier than the latter).

To my great relief, God does not want us to be abused or exploited. We should not cooperate with our own destruction. We are fearfully and wonderfully made and are worthy of respect and love. We should not stay in relationships marked by our consistent exploitation and abuse at the hands of another. That is not healthy. That is not God. Therefore, you should judge others; more to the point, you should judge their actions (and therein lies a worthwhile distinction). You should judge how they treat you and how they treat others. Do they treat you and others in a loving, merciful way? Do they show compassion? Do they promote peace? You shall know them by their fruits.

God has also given us the capacity for humility, empathy, and mercy. Much of life is also about learning how to use these capacities well. These capacities help us understand the perspectives and experiences of others. They are the checks and balances for our practice of judgment. They help us understand why people do the things they do–not as a justification for wrongdoing but as an explanation for it. And sometimes, defining wrongdoing itself isn’t such a clear-cut exercise; context matters, as do intentions, however difficult they are to pinpoint. Walk a mile in their shoes.

Empathy. This capacity calls us above all to recognize the humanity of others, to see in them the divine image, the very same spirit that animates your own being. It’s harder to demonize them when you notice the connection between you both. We practice empathy when we give folks the benefit of the doubt, when we consider that a person may not have had bad intentions when they acted in a disagreeable fashion. And if that person had bad intentions, there may be an explanation worthy of our attention. They may have been abused or exploited. They may be repeating abusive patterns or, however misguided, aiming to harm others in an effort to heal themselves. Hurt people hurt people.

Humility. This capacity tempers the speed with which we so often rush to judgment. It asks us to recognize that we do not always know all of the facts. The full context is often hidden from view; therefore, we should proceed with caution. Yellow flashing lights, my friends. To judge a person or a situation prematurely can create lasting damage for ourselves and others. No one likes head-on collisions.

Humility asks us not only to question the speed of our judgments but also their unilateral direction. What of our own wrongdoing? Have we forgotten that we, too, have sinned and continue to do so? Is our judgment more self-righteous than righteous, more hypocritical than truthful? Have we judged others with the kind of harshness that can only be understood as a thinly veiled attempt to conceal our own wrongdoing? When you point a finger at others, several are pointing back at you. Mind the log in your own eye. I am not suggesting that you forget that you have been wronged, but I believe God is asking us to remember that we, too, have wronged.

Mercy (which happens to be my wife’s name, so you can imagine how often I am reminded of it). This capacity chips away at the finality of our judgments. It asks us never to reduce a person to an instance or even a pattern of wrongdoing. It asks us never to confuse the deed and the person. It asks us to recognize that a person is always more than what we see. To imagine that a person could always become more than what we have known them to be. People can change for the better. God is not finished with them yet. Indeed God is not finished with us yet, and for that, we should be grateful. It is therefore better to judge an offense than it is to judge a person who has offended. Perhaps they can and will become more than their offense. Perhaps they already have. Love always hopes.

Mercy gently tugs at our hearts, asking us to stay our punishing hand. Even as we have experienced God’s mercy, might we extend mercy to others? Might we pray for their restoration rather than seek their demise? Are they not worthy of love? If they have wronged us, will their swift and severe punishment really satisfy and heal us? And when we wrong others, are we so willing to subject ourselves to punishment of the severest degree? Is not mercy a better way? Is not mercy a healing balm? Is not forgiveness a measure of freedom? Is this not the lesson King David learned from the prophet Nathan?

Rev. Jason Craige Harris is a graduate of Yale Divinity School. He is an educator, writer, facilitator, and consultant specializing in community life and conflict transformation.