These Churches Are Giving Money To Government Workers During Shutdown 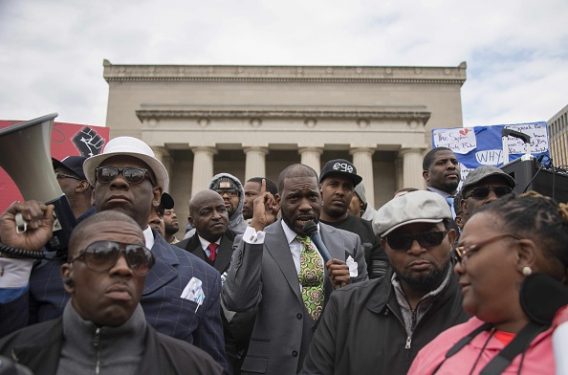 Churches around the U.S. are responding to the longest government shutdown in the nation’s history in a big way.

About 800,000 government workers missed another paycheck last week as the shutdown enters its fourth week. Those government workers were remembered by churches across the country who offered money, gift cards, food, and other resources to help ease some of the financial burdens that they are facing.

“I ain’t counting on Trump for nothing. I ain’t waiting on the Democrats or the Republicans, but I will look to the hills,” he said according to AJC reports.

Rev. Wilbur Purvis, the pastor of Destiny World Church in Austell, Ga also offered some money to people in his congregation. On Sunday, five of those people were given $500 checks.

“I want to make sure we are taking care of our own,” Purvis said. “I think this is shameful that we live in a country where our leader can hold people hostage like the government workers.”

Pastor Bryan Carter from Concord Church in Dallas, Texas prayed for government workers at his church recently and gave them $100 Walmart gift cards.

“Let’s all stand together and go to prayer together on their behalf,” Carter said in an ABC News report. “When our community hurts, we hurt. We believe it’s important to stand up and serve during this difficult season.”

Pastor Donald Johnson of Oak Grove Missionary Baptist Church was able to raise $8,000 for government workers with the help of his church. The Memphis, Tenn church was able to give people $1,000 checks.

“I just realized people were going to be affected by it, and we didn’t want to spend any time just arguing and fighting about what the president is doing,” Johnson told News Channel 3. “We didn’t want to look at them as a handout or people that were asking, but we wanted to be kind of proactive in that area,” Johnson said.

While these are only a few examples of churches stepping up to help government workers with prayer and resources, they reflect the reaction of many in the Christian community who are rallying together to help people in need.