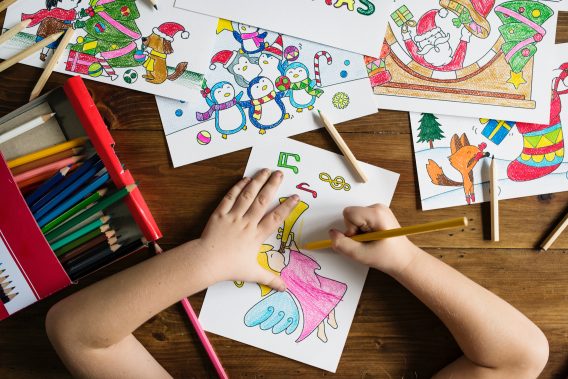 A church in Royse City Texas brought the gospel to its community by meeting the needs of the “least of these”—school children.

Every year the church donates its Christmas Eve offering to charity.  In 2017, $1,700 went to its sister school Davis Elementary School to pay the lunch debt of students.  The success of their donation led the 134-year-old church to wonder what it would take to pay the lunch debt for the entire school district.

Pastor Chris Everson, lead pastor at Royse City UMC, asked his members to set aside the money they would have spent on Thanksgiving and Christmas dinner and donate it to help families in need.

That is exactly what this congregation did, and the result was a $10,000 donation to the Royse City ISD.

Over the Christmas holiday, Everson quietly gave the Royse City ISD a check, which was able to pay the debts for 226 families, amounting to about $6,000.  The remaining funds will be used to assist students throughout the school year.

Typically, for students who have more than $25 in lunch debut, they are no longer eligible for a hot meal. Instead, the school simply provides a turkey or ham sandwich, a piece of fruit and milk.

“It really broke my heart to see there were students who were trying to learn,” Everson confessed, “…but you need more than just a sandwich and a carton of milk to make it through the rest of the school day.”

According to Adi Bryant, the Royse City ISD’s chief communications officer,  the district has approximately 6,000 students, and roughly 40 percent of them receive free or reduced lunch on the National School Lunch Program.  Other families, however, do not qualify for the program but still struggle to pay for their children’s lunch.  The church’s donation will come as a relief for both types of families.

“I think it takes a little bit of the burden off of them when you feel behind on something and someone takes that away,” Bryant explained. “You have a fresh start and it’s a wonderful feeling.”

For Everson, impacting the community in the way that they have is the purpose of the church.

“If the church does not impact the community the church is in, then the church isn’t doing its job,” Everson stated. “With us having the opportunity to make an impact, then we are doing what Christ has called us to do to — serve the least of these.”