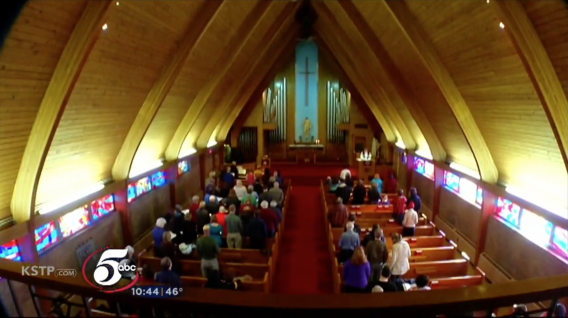 This past weekend in Bloomington, Minn., the Fellowship of Recovering Lutheran Clergy joined together more than 200 religious leaders to fight against the opioid crisis ravaging the nation.

The Addiction and Faith Conference was the first of its kind.  It was not only for clergy, but congregations and care givers of all faiths. Pastor Ed Treat, a recovering addict who turned to faith to overcome his addiction, had the novel idea for the conference.

“I heard Amy Klobuchar speak and I heard Sheriff Rich Stanek speak,” he told the local ABC affiliate KSTP. “They said, ‘Here’s the problem, it’s getting worse, everything we’re doing is making it worse but we need everyone to step up and do something.’ And I just thought, congregations can be doing all kinds of stuff.”

Senator Klobuchar, who Treat referenced, knows firsthand the pains of addiction.  She revealed last week during a senator judiciary hearing that she is the daughter of former alcoholic father.

While this is the first faith and addiction conference, using faith to address the crisis only makes sense.  According to one speaker’s survey, across the Christian, Muslim and Jewish faith, one in three people who come to worship have a family member with an addiction.

“The problem is addicts don’t go to church,” Treat said. “…But the people who love them do. And they’re there all the time and they’re the ones asking, ‘What can we do?’”

The Fatih and Addiction conference is the answer to that question.

The conference started Friday afternoon and concluded Sunday with a worship service and Holy Communion.  Although the conference was put on by Christian clergy, it was interfaith.  Dr. Omar Manejwala, a muslim, was a keynote speaker.  He is one of the nation’s leading experts on addiction.

Other keynote speakers included the outspoken Lutheran minister Pastor Nadia Bolz-Weber, who has successfully navigated sobriety since 1991, and Dr. Anne Wilson Schaef, the author of When Society Becomes An Addict, a book on addiction and co-dependence.

Presenters for the plenaries were other clergy and health care professionals trained in addiction recovery.

To learn more about the conference and how to help click here.