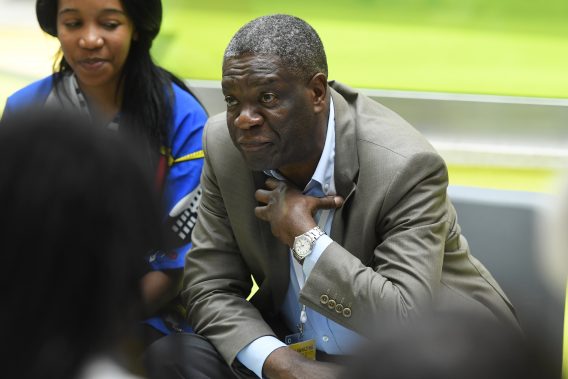 Eminent Christian surgeon Dr. Denis Mukwege, who is nicknamed “Doctor Micracle,” has been awarded the Noble Peace Prize along with Nadia Murad, a Yazidi activist.  The Noble committee said both the Congolese doctor and Murad were honored because of their “efforts to end the use of sexual violence as a weapon of war.”

Dr. Mukwege has spent decades helping women who have been brutalized by sexual and gender-based violence at the hands of militants in the Democratic Republic of the Congo. During the course of his career, he and his colleagues are said to have treated around 30,000 rape victims.  As a result, he has become an expert in the treatment of injuries caused by sexual violence.

In 1999 he opened Panzi Hospital, which is managed by the Pentecostal Churches in Central Africa (CEPAC). He founded the hospital with the intent to improve maternal mortality rates in Bukavu, the capital of Eastern Congo. That all changed with his first patient. Dr. Mukwege told the NPR his first patient “had been raped with extreme violence.”

When three months later, 45 more women came into his hospital with similar stories, he realized that rape was not only a barbaric act of war, but a military strategy to destroy communities. He knew then that something had to be done.

As the son of a pentecostal preacher, Dr. Mukwege was inspired to become a doctor after praying for the sick one day with his father.  In a speech to the Lutheran World Federation Assembly in 2017, he recalled how after his father prayed for the sick he asked his father, “Papa, you pray with the sick, but why don’t you give them medicine?”

His father replied, “Because I am not a doctor.” It was then, Dr. Mukwege said, that his vocation was born.

In his work as a doctor, he allows his faith to shape the work he does. He told the Assembly that as Christians we must “speak out” to “condemn evil and work so that “that these victims of male barbarity may experience the kingdom of God in their lives.”

“As long as our faith is defined by theory and not connected with practical realities,” Dr. Mukwege stated, “we shall not be able to fulfill the mission entrusted to us by Christ.