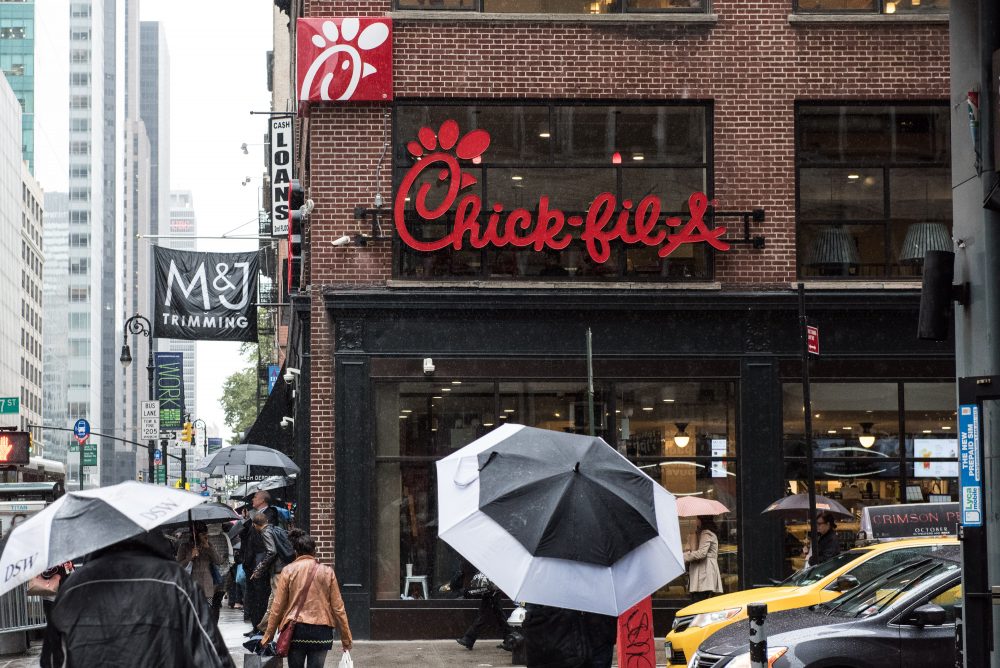 Chick-fil-A CEO, Dan Cathy sat with Pastor Louie Giglio of Passion City Church in Atlanta, and rapper Lecrae for a round table discussion on racism in America. During the discussion, the CEO and member of the Southern Baptist denomination stated his belief that white Americans should repent for racism.

“Any expressions of a contrite heart, of a sense of humility, a sense of shame, a sense of embarrassment…an apologetic heart, I think that’s what our world needs to hear today.”

To put action to his words concerning repentance, Cathy got up to shine Lacrae’s shoes during the discussion as a symbolic gesture of reconciliation.

Over the last few weeks, the United States has witnessed mass protests across the nation as people call for justice in the killings of unarmed African Americans that include George Floyd, Amahd Abrey, and Breonna Taylor. The conversation between Cathy, Giglio, and Lecrae came after the recent killing of Rayshard Brooks. Brooks was shot twice in the back by Garrett Rolfe, a white police officer, after resisting arrest for a DUI.

While Cathy promoted repentance, he also acknowledged that this would be challenging because he believes that many whites lack awareness of the racial issues at hand.

“Most of us, white people, we’re out-of-sight-out-of-mind oblivious to it,” Cathy said about injustice against black Americans. “We cannot let this moment pass.”

Founded by Cathy’s father Truett, Chick-fil-A’s mission is to glorify God by being a faithful steward of all that is entrusted to it. The company has attributed its commitment to God with its great success.

Many Chick-fil-A restaurants have been vandalized during the recent protests. However, Cathy appears to hold not hostility towards the protesters, but rather believes that whites should be understanding of the anger despite it being a family business.

“My plea would be for the white people, rather than point fingers at that kind of criminal effort, would be to see the level of frustration and exasperation and almost the sense of hopelessness that exists on some of those activists within the African-American community,” Cathy said.

Cathy also believes that whites must not be quiet about the injustices faced by black people.

“Our silence is so huge at this time. We cannot be silent. Somebody has to fight and God has so blessed our city, but it’s shameful how we let things get so out of whack.”