Warryn and Erica Campbell Reveal Why Sex Is Better In Marriage 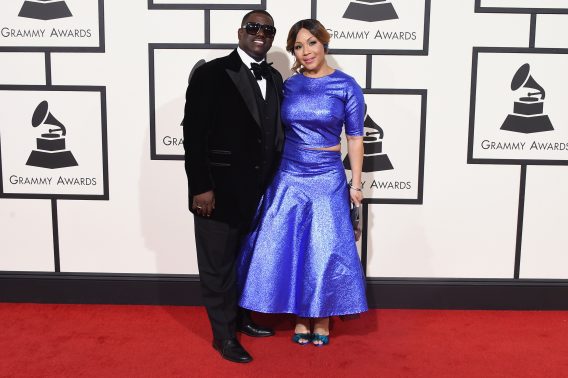 Pastor Warryn and Erica Campbell make a pretty convincing argument for why sex is better in marriage.

The leaders of the California Worship Center in Los Angeles, California also happen to be a married Grammy Award winning singer and producer who star in the TV One reality television show “We’re The Campbells.” After each show, the pair share their perspective on select topics in ..With Warryn & Erica: The We’re The Campbells Aftershow.

This week the pair decided to answer the question, “does marriage mean better sex?” In the video posted on YouTube this week, the pair shared their point of view on the matter.

Erica explained why she finds sex better as a married woman.

“Sex is better married because the soul connection is different. I’m not competing with anybody else if you have a healthy sex life. Cause some people have sex but the sex life isn’t healthy,” she said. “The communication doesn’t go along with it, the understanding doesn’t go along with it, because sometimes what people bring to their sex life is all the movies and all of the things that they’ve seen. So I’m trying to please him but with what that man did to that woman or what that one did to that one and it’s just crazy.”

Still, Warryn said he believes there is a freedom when having sex within the covenant of marriage. On a previous episode of ..With Warryn & Erica: The We’re The Campbells Aftershow, the pair spoke about why they felt Christians should speak more about sex.

“I think the line between Christianity and sexuality shouldn’t be as a wide gap. People are scared to talk about sex in church [but] you sitting here talking to a bunch of people who all got here cause somebody had sex,” Warryn said.  “I think it’s really stupid to omit that conversation from the church and Christianity, it’s kinda dumb if you ask me.”