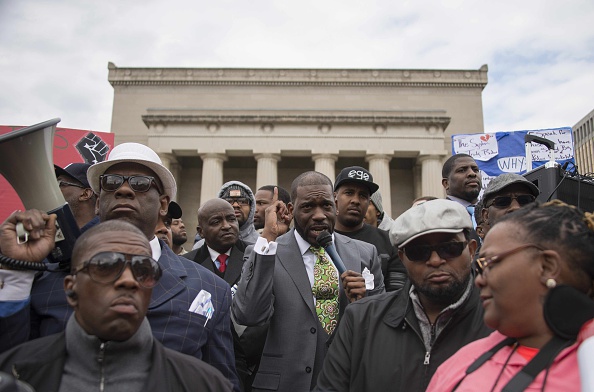 Pastor Jamal Bryant is admitting that his decision to move from the Baltimore megachurch that he founded to one in Atlanta did not initially go over well.

Bryant founded the Empowerment Temple in Baltimore, Md. 18 years ago where he has served as the church’s senior pastor ever since. The preacher revealed how people reacted when they found out that he would be leaving to become the new senior pastor at New Birth Missionary Baptist Church in Atlanta, Ga.

“The news did not go over well, at all,” Bryant told the Atlanta Journal-Constitution last week. “There was a great gnashing of teeth. Nobody was expecting it.”

While Bryant did not expect that he would be the person taking over Long’s church years later, he said God led him to do so.

“I had no reason to leave Baltimore but for the prompting of God,” he said.

Bryant revealed that he got too comfortable at Empowerment Temple and developed feelings of entitlement. However, God showed him that the church was bigger than him.

“I had a sense of ownership that had leaped into entitlement,” he revealed. “I began to think this (Empowerment Temple) is me, but God tapped me on the shoulder and said hold on, not so fast.”

Bryant will preach his first sermon at New Birth on Dec. 9, but he vows to do more than just speak. The Georgia megachurch has dealt with scandal and loss for the past few years and Bryant says he wants to help people get through the grieving process.

“We’ve got to rebuild trust and bring the church collective through the grieving process that I don’t believe they have really gone through. It’s just been shock after shock,” he said. “They don’t need a speaker, but a shepherd to help lead and guide.”