This Is What Bishop T.D. Jakes Thinks About Chastising From The Pulpit | Ambo TV
Featured Posts

This Is What Bishop T.D. Jakes Thinks About Chastising From The Pulpit 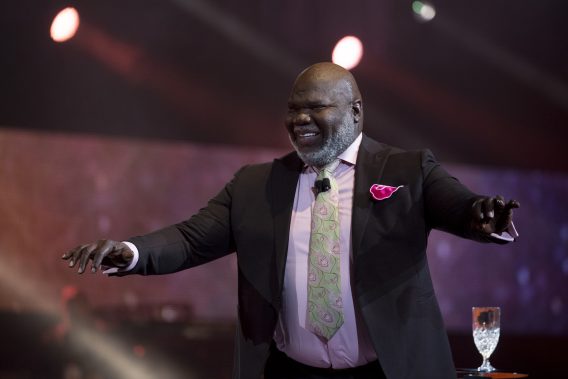 Bishop T.D. Jakes is offering some insight to a follower who has suffered from some church hurt.

In a recent Instagram comment, one person revealed that they suffered from pain after a pastor chastised them from the pulpit.

“I’ve been the victim of pulpit chastisement and when I tell you that it hurt terribly–know that it is an understatement. The pain is so damaging,” the person revealed. “I eventually fervantly (sic) prayed for Abba Father to either take the pain away completely or bring my pastor and I to a sit-down (his invitation, also from the pulpit )”

While the person said they were able to move past the pain and forgive the person, their comment received a thoughtful response from Jakes who serves as the senior pastor of Potter’s House in Dallas, Texas.

“Don’t know your pastor but a lot of times such mistakes are like bad parenting. We do what we saw done,” Jakes said. “Most people when taught better, they do better. And then there are some people who shouldn’t be pastors in the first place.”

He went on to reveal that being a pastor and a preacher are two different things.

“There is a big difference between being a good preacher and being a good pastor,” he wrote. “Some are both, some are one of the two. And some aren’t either!”

In a previous conversation with fellow Texas Pastor Ed Young of Fellowship Church, Jakes explained that a lot of pastors are solely focused on preaching instead of bringing people to God.

“This is something that I think we’ve kind of gotten away from. We have gotten more into preaching than winning souls,” he previously told Young on his show, The Raw and The Reel. “It used to be the preachers themselves witnessed in the grocery store anywhere, didn’t need a mic, didn’t need a crowd. What’s important about that is people will do what you do and if you’re not a soul winner, you can teach what you know but you reproduce what you are.”