My Newest Tattoo: An Exploration of Holiness and Transcendence | Ambo TV
Featured Posts

My Newest Tattoo: An Exploration of Holiness and Transcendence 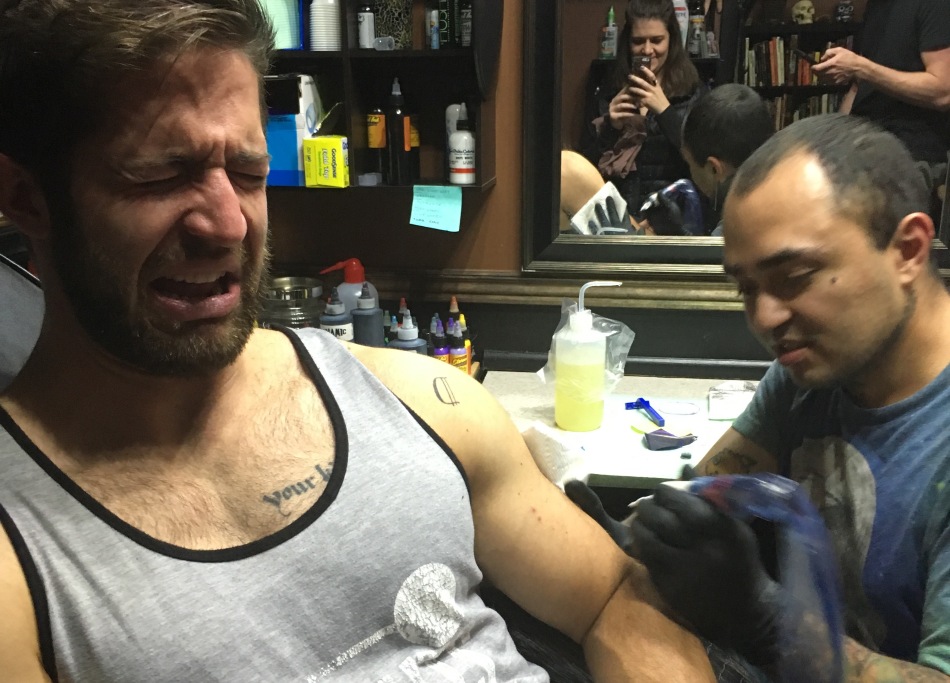 The creation of this blog post involved me sneaking a picture of my tricep while in the middle of a coffee shop because I realized I don’t have any other pictures of my newest tattoo. So here it is, stealthy as possible: 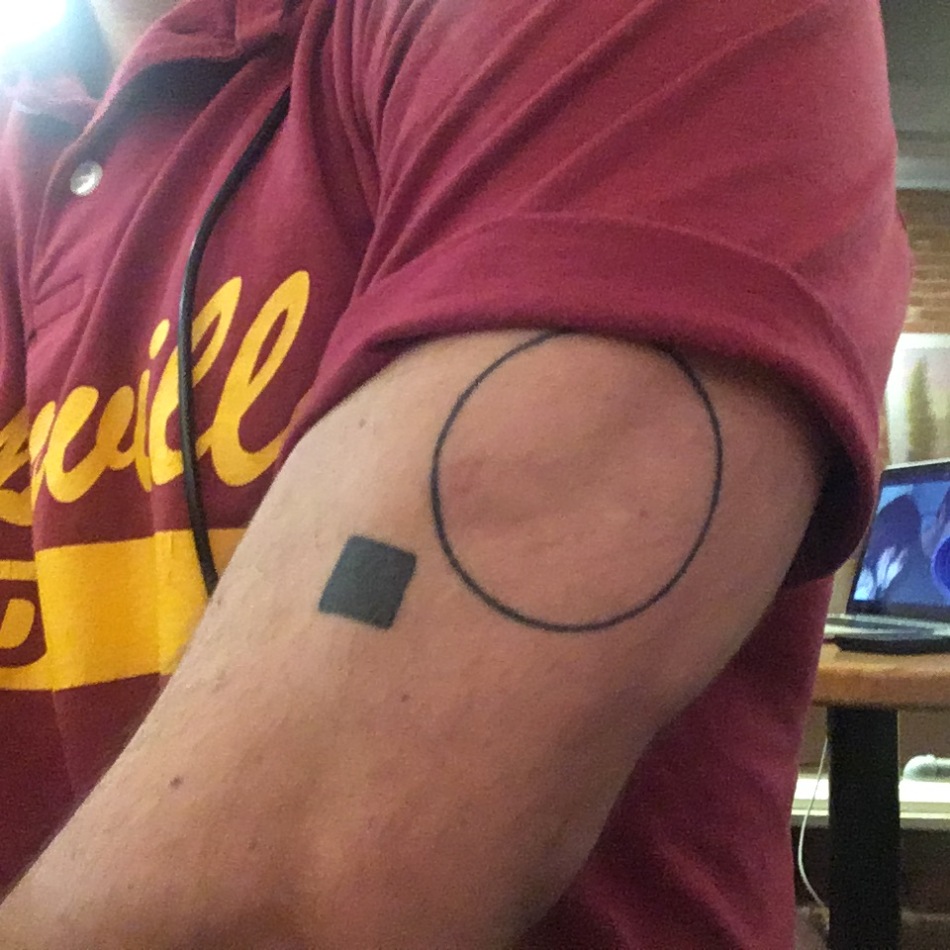 I honestly don’t remember the exact moment I decided to get this tattoo, or even what sparked the idea in the first place. But I know what it means, and since getting it in October, I’ve given it a lot of thought and finally feel capable of writing about it in a way which (hopefully) won’t sound trite and cliche.

The idea is simple, there are kind of two ways to look at it though:

The big white circle is God, the Holy One, the Transcendent, and the small black square is the colloquial ‘world,’ including humans, the earth, our flesh, and our capability to understand things. Put simply,

Several years ago, I was in church listening to one of my favorite preachers preaching on God (because….what else do you preach about?). He said something which has stuck with me ever since:

Sometimes, people will come to me and tell me that they’re having a crisis of faith, or that they are losing their faith, or something like that. They sit in my office and cry and weep and wonder why they seem to be slipping away from God.

After talking with many of them, I find that the opposite is true. They are not losing their faith. Rather, God is using this ‘crisis’ moment to smash the box they had previously held Him in. So in one sense, yes, the idea of God they had is slipping away and more often than not, this is a good thing! Because God is so much bigger and so much better than we usually imagine Him to be.

I wish I could remember verbatim what he said, but it was something like that. It was beautiful.

It made me realize that, as much as I hate to admit it, I am very good at constructing boxes in which to store my gods. I am good at building walls where He is not allowed to expand and stretch and reach his full god-ness in my mind.

I’m the guy with the freaking circle and square tattoo on my arm, yet I’m the one endlessly crafting boxes where I can store my convenient little god.

So, on the one hand this tattoo is a reminder of the infinite, incomprehensible nature of God. I think the best word to capture this is simply holiness. He is set apart and transcendent from us. Our chances of understanding and comprehending God is the same likelihood of a small black square understanding a big white circle.

I’m the type of person who can easily get entangled in a web of stale thoughts and rigid tradition, quickly forgetting the supernatural-ness of God. The fact that He is utterly other than us. He is not like us. Isaiah says His thoughts are not like ours, nor are His ways like our ways. If we ever think God looks like a fellow little black box, we are in pressing danger of constructing walls for the divine.

One thing I’ve been pondering according to this interpretation, however, is something a friend pointed out. He said, “The way you have it now though, there is no reconciliation. There is no room for Jesus.” Of course, to borrow the metaphor of my ink, that would mean the big white circle taking on the fullness of a small black square in order to rectify the relationship between the two. Still trying to figure out how that would look visually (Comment if you have ideas). I’ve toyed with adding a small white hollow square overlapping the two or something. Not sure. I know what my friend meant, but I don’t know how it would be represented!

Alternatively, the big white circle can be seen as the world (as in, Christians are in it but not of it…) and the small black square, then, is the Church; the elect of Christ Jesus. Those called by the small whisper of the Holy Spirit to come and live a life apart from the world.

This is inspired by lunatics like the prophet Ezekiel, who cooked his food over poop for a year. Or Elijah who was fed by ravens. Or Hosea who intentionally married a prostitute.

You see, to the world, these guys seemed like little black squares. They didn’t look like the rest of the world because they weren’t trying to be like it. I get the impression as I read through the Bible that many of the people who were closest to God a) suffered a lot, and b) looked absolutely insane when judged by worldly standards.

Peter talks about those chosen by God as being a holy royal priesthood, called to be set apart from the world; holy.

We are not meant to look like the rest of the world.

This affects the way we live, the way we use our bodies, the way we spend our money, the words we speak, and every other conceivable category of our lives.

Another delicious example of this, which has obviously received heavy criticism for the way they do business, is the Christian-owned Chick-Fil-A. Despite the fact that they could rake in thousands, if not millions more dollars a week by opening Sundays, the chain has remained sound in their resolve to sanctify one day to the Lord (Except when it means helping those who need food).

So, as you can see, I’m still toying around a lot with the exact meaning of this new ink. I love simple things with big meanings. What do you think? Do you have similar tattoos, or tattoo ideas?

May we be people who never seek to box in our Savior and restrain Him to our small squares.

-Ethan Renoe is an artist, writer, and speaker.  To read more from him, follow his blog at www.ethanrenoe.com