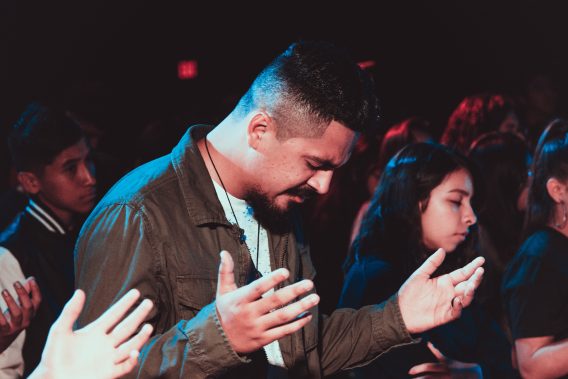 There is value in learning how believers from different Christian denominations pray, according to one minister and theologian.

Gary Neal Hansen, a Presbyterian minister and former professor at Dubuque Theological Seminary, in Dubuque, Iowa, has written a book called Kneeling with Giants: Learning to Pray with History’s Best Teachers.  He has also taught a course about 10 different methods of prayer and meditation.

Hansen explained the benefit of learning more than one method of prayer.

“The point isn’t to learn 10 ways of prayer and then practice all 10 of them,” he said in a recent Enid News & Eagle report. “You need one or two methods of prayer that work for you, that you can take seriously for the next good, long season of your life … and use them as fruitful gateways into the presence of God.”

While some people may be weary of looking to adopt another denomination’s method of prayer, Hansen witnessed people in his class do just that without any issue.

“People think because it’s foreign it must be bad, or it might be wrong, but as they’d go through those two weeks you’d see them start to connect to God in new ways,” he said. “Most average people are convinced that whoever loves Jesus is our brother or sister, is a part of that Body of Christ, so everything that is mine is theirs, and everything that’s theirs is mine.”

The theologian, teacher, author, and minister shared some examples of how Christians that pray differently can learn from one another.

“There’s a lot that’s good and holy in the evangelical tradition and their emphasis on intercessory prayer that a Catholic can learn from,” Hansen said, noting how Protestant Christians can learn from the “richness of the history and methodology of the ancient forms” of Catholic and Orthodox Christian prayer. “They do things differently, but they’re kin… and the wisdom they’ve gained in their different traditions is a gift to be shared among all.”