Life Church Is Creating A Safe Space For Christian Gamers 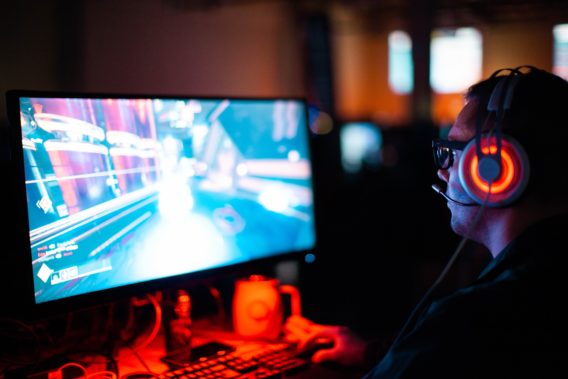 It’s safe to say that gaming is no longer a fad, and now more than ever, it is growing into a legitimate sport with televised competitions on TBS from ELeague Gaming that offer prizes upwards of $100k.

The draw to pro gaming has gotten stronger over the last half of a decade. The most popular games are MMO (massive multiplayer online) games. You may have heard names like “Fortnite” or “PubG” being thrown around in the media more frequent lately.

While these online games give people the opportunity to connect, team up, and play their favorite games together; it also leaves the door open to aggressive strangers with foul language and generally bad influence.

Life Church seeks to change that.

A multi-campus congregation with its main campus in Oklahoma, Life church has created its own gaming team, takes a Christian approach to the sport, and even host its own tournaments.

⚠️ #GMA is ready for some (friendly) competition! ⚠️

GMA has joined the roster for the Fortnite tournament hosted by none other than #TeamUnashamed & @lifechurchgames!

We’re ready to get some 🥇dubs🥇 & we hope to see you THIS FRIDAY cheering us on!

ALL 🔴LIVE ON #TWITCH pic.twitter.com/uCyaQg3Bl7

Websites like Twitch.com are the most popular platforms for gamers to live stream, and show off their skills. LCG has launched its own Twitch channel with scheduled streams and multiple gaming uploads.

Their latest stream titled “Chilling and Talking with Austin LCG” has snagged over 50,000 views! That is nothing to sneeze at in the gamer sphere. With its current team “Unashamed,” which has a member count at 35 and growing, LCG is digging in and making their presence known.

Life Church is part of the Evangelical Covenant Church (ECC) but welcomes all denominations. They have developed a strong presence on social media, utilizing the tools of today to spread the word of God through traditional and non-traditional avenues.

We are all apprehensive about letting our little ones join the multitudes of online competitive gaming. But with groups like LCG offering a safe space free of vulgar language and harmful attitudes, we can rest easy, all be it for a few hours.

This article has been updated. An earlier version of the article incorrectly states that Life Church sponsors gamers.