Christians May Be More Eager To Have Spiritual Conversations If They Practice These Things, Study Says | Ambo TV
Featured Posts

Christians May Be More Eager To Have Spiritual Conversations If They Practice These Things, Study Says 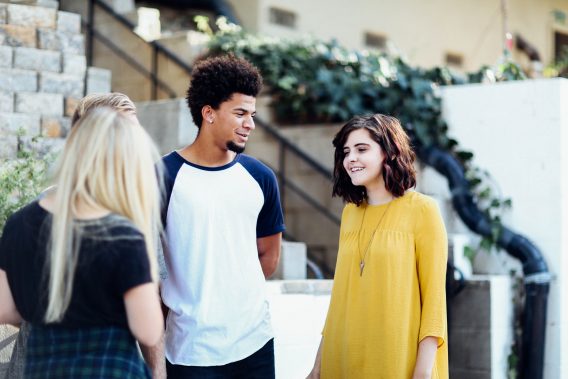 A new study is revealing some practices that may be making some Christians more eager to have spiritual conversations.

Barna Group has published a sample of a new report called Spiritual Conversations in the Digital Age this week in partnership with Lutheran Hour Ministries. The study revealed that the majority of Christians who were polled were not eager to have more than nine spiritual conversations within the past year.

The study explained that the minority of Christians polled that engaged in a higher number of spiritual conversations included more “good spiritual practices” into their routines. Those practices were broken down into numerous categories which include prayer, reading the Bible, and attending church.

“What makes this first group of eager conversationalists distinct from their reluctant counterparts is a set of traits that fall into five broad categories,” the study states. “These include ‘good spiritual practices’ like prayer (98 percent), reading the Bible (64 percent) and attending church (62 percent); ‘belief in salvation through Jesus alone’ which includes a strong belief that everyone needs to have their sins forgiven (90%); ‘a sense of personal responsibility’ like sharing their faith with non-believers (77%); ‘confidence coupled with positive experiences’ like feeling peace (78 percent) and gladness (86 percent) after sharing their faith; and ‘intentionality and readiness’ which is when things like spiritual conversations usually happen unexpectedly (55 percent).”

The information for this study was collected last year after surveying 1,714 U.S. adults which included 535 Millennials and 689 Practicing Christians. For more information about the full study, please click here.