A Study Finds Your Faith May Help You Sleep Better 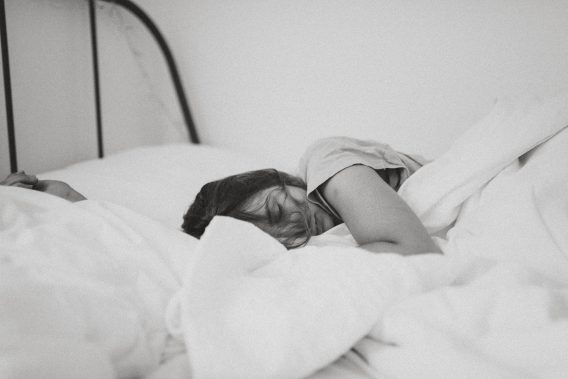 Psalm 127:2 declares that God “gives sleep to his beloved.” A recent study published in the Journal For the Scientific Study of Religion appears to confirm this biblical principle.

The study, “Sleep Quality and the Stress-Buffering Role of Religious Involvement: A mediated Modern Analysis,” looked at the religious cognition (i.e. faith) of participants to see how it related to their sleep quality.

What the study found is that one’s “secure attachment to God and assurance of salvation,” or faith, served as a buffer against stressful life events, which positively impacted their sleep quality. In other words, participants of faith were able to fall asleep faster and feel more well rested.  This was due, in large part, to their faith reducing the depressive symptoms that disrupt one’s ability to sleep.

Lead author Christopher G. Ellison, professor of sociology at the University of Texas at San Antonio, along with three other researchers were not surprised by the results.

“It makes intuitive sense,” stated co-author Reed T. Deangelis, graduate student of sociology at the University of North Carolina at Chapel Hill recently. “People who believe they’re secure to God and will go to heaven when they die rest assured.”

“If you believe a higher power is out there looking out for you, then what you’re going through now is temporary,” opined Terrence D. Hill, associate professor at the University of Arizona School of Sociology. “These worldly experiences are temporary.”

The study was created to increase the literature on the impact of religion on sleep.  While previous studies explored social influences on sleep, there were limited studies focusing on religion’s role. This study serves to fill the gap.

The report concludes by acknowledging that faith provides peace for believers despite the precarious nature of the world.

“Believers may be unable to comprehend why misfortune has befallen them,” the study reads, “but they may nevertheless sleep better at night knowing that the universe is under the watchful eye of a deity who, at the end of the day, remains deeply concerned with the well-being of the world and its inhabitants.”