‘We Can Never Have Too Much Prayer and Support’: Why Christians Need To Focus On Mental Health Too | Ambo TV
Featured Posts

‘We Can Never Have Too Much Prayer and Support’: Why Christians Need To Focus On Mental Health Too 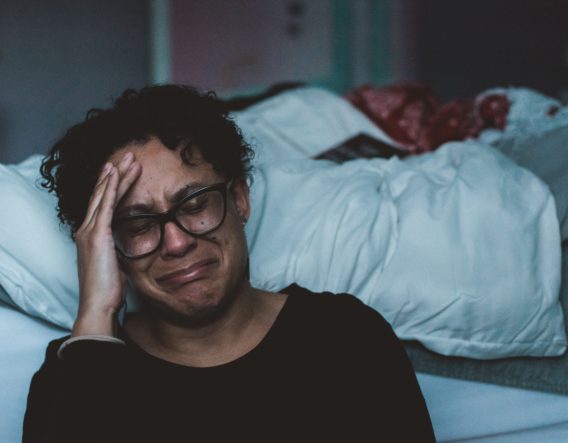 When preachers finish the last words of their weekly sermons and people leave their places of worship, a number of worshipers are silently struggling with mental health issues.

Studies have shown that believers who are struggling mentally are less likely to seek help outside of the church.  In a recent interview with Venée Kimpson, a professional Christian counselor who offers psychotherapy and other services to those in need, she delved into the topic of mental health in the church.

The Licensed Clinical Social Worker and Board Certified Professional Christian Counselor explained why believers could benefit from going to therapy.

“Even if we don’t have a diagnosis so to speak, who better to get support from than someone who is serving the same true and living God that you are serving; who has the same set of values that you have,” Kimpson said. “Someone who is going to provide guidance, support, rightly dividing according to the word of God. I don’t think there’s a better way to get support.”

However, that’s not the message that many pastors are sharing with their congregation. A Lifeway Research study of 1,000 senior Protestant pastors asked them how their church approaches mental illness. The study revealed that 49 percent of them rarely speak to their congregation about the subject.

Among the 200 church-attendees and 207 Protestant family members of people diagnosed with acute mental illness who were surveyed for the study, 35 percent believed that they could overcome mental illness solely by praying and studying the Bible.

A number of other studies have supported this data. One comes from the BarnaGroup, a faith-based research organization, which released a study called “Americans Feel Good About Counseling.”

“While there’s a chance some of the faithful are simply confident in their mental health—after all, science confirms that religious belief and a loving, stable community can be healing and have psychological benefits—this may also reflect the strength of stigma within Christian circles, as many churches have been slower to accept mental illness as a legitimate struggle requiring professional help,” the study states.

The National Alliance on Mental Illness (NAMI) reported that approximately 1 in 5 adults in the U.S., or 43.8 million, experiences mental illness each year. With staggering statistics like that people like Dr. Ed Stetzer, who also holds the Billy Graham Chair of Church, Mission, and Evangelism at Wheaton College, examined why some believers don’t pursue mental help.

“While the circumstances in these situations are varied, the question of mental health always comes up; and when we talk about mental illness and suicide, it immediately creates a unique challenge for believers. The question is ‘Why,'” he wrote in a piece for  Christian Counseling Today magazine. “The answer is, at least partly, because we know God heals. He not only restores our spiritual wounds, but many also believe God physically heals… at times in miraculous ways.”

Stetzer believes Christians need to do away with stigmas.

“My challenge to the Church is that we might move beyond the whispering, the silence, the shame, and the stigma. Instead, let us understand and show others that Jesus came seeking, saving and serving the lost and broken people around Him,” he wrote.  “We honor Christ when we join in His mission by doing the same.”

Kimpson, who serves the New York City area, gave some ideas about how churches can work with mental health professionals to eliminate some of the stigmas that exist and better serve their community.

“They have me [and other mental health professionals] come and speak on faith and mental health. Inviting them to come in periodically maybe quarterly in the same way they tend to their health,” she suggested. “Maybe have a mental health day.”

While churches tend to focus most on the spirit, Kimpson spoke about having knowledge concerning the soul as well.

“We’re spirit, soul, and body. Spirit– we know we need to pray, not forsake the assembling of ourselves etc,” she said. “We know we need to spend time with God, read the word daily etc. and the body, you’ve got to do something or it’s just going to fall apart. But the soul we just forget about it.”

The counselor explained why some people neglect taking care of their soul more than their body or spirit.

“We assume that it’s going to take care of itself; the mind, the emotions, the will,” she said.

However, ignoring those negative thoughts and emotions could result in an unwanted outcome.

“All of our behaviors start with this mind. A thought,” she said. “If that thought lingers long enough it trickles down into your emotions and your feelings. And depending upon what manifests there if you let it sit there now it starts manifesting in your choices.”