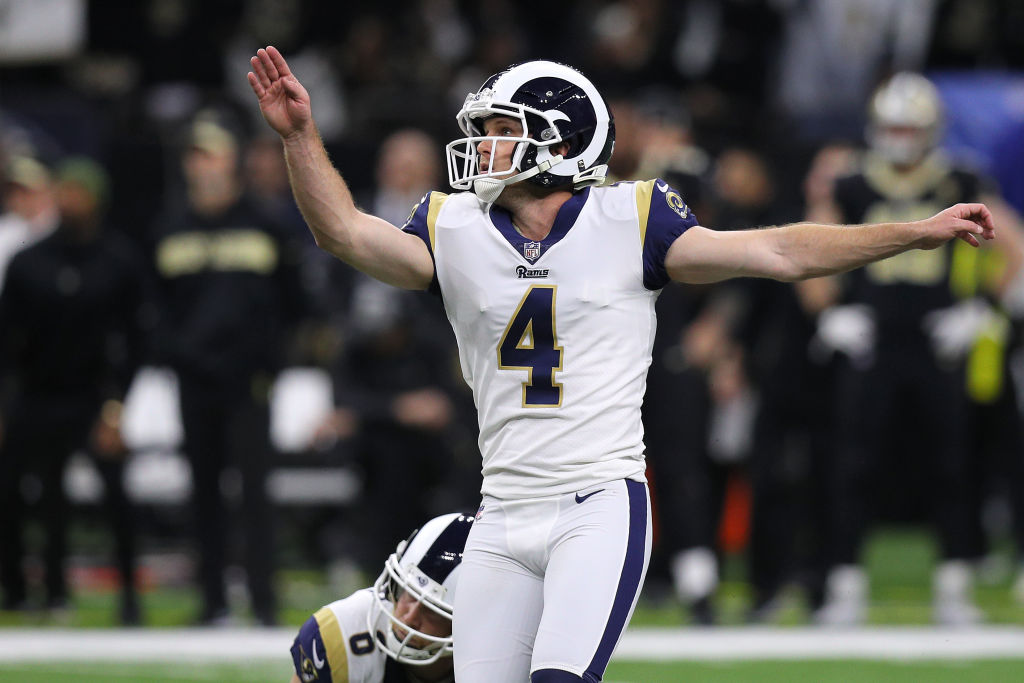 When he is not on the field, Los Angeles Rams placekicker Greg Zuerlein isn’t afraid to talk apologetics.

Just before his team lost to the New England Patriots in Super Bowl LIII, Zuerlein recently spoke to the National Catholic Register about apologetics, or the art of answering theological questions using scientific evidence.

“That’s what is good about apologetics: You can talk with people of all faiths, not referring to things that only Catholics would care about, like encyclicals, but to facts of history, biology and other topics,” he said. “Those are accessible to human reason, regardless of whether someone is currently Catholic or not.”

This is how Zuerlein says he is able to have discourse with his fellow Catholics, protestant friends, and unbelievers.

“It’s a subject that has gotten more popular in recent years, not only so we can explain things to non-Catholic friends, but also to Catholic ones. I know someone who said he doesn’t go to Mass because of Pope Francis,” the 31-year-old athlete said. “There seems to be a lack of understanding that infallibility is a limited gift. We can disagree with what a pope says in a press conference; what we are called to believe in is what the Church has passed down to us through the generations.”

The NFL player believes that some teachings about his faith have been unclear.

“Even if today’s leaders don’t teach this clearly, it remains what it is, and we are still supposed to believe it and live it — especially at Sunday Mass,” he said. “It is unfortunate when Catholicism is not taught clearly, because then people can get really confused about the most basic things, even things that aren’t specifically Catholic. Abortion is sometimes presented as one issue among many or even overlooked, but you don’t even have to belong to the Church to know that killing babies is wrong and that it is more important than other issues.”