This Pastor Is Reaching His Community With A Frisbee 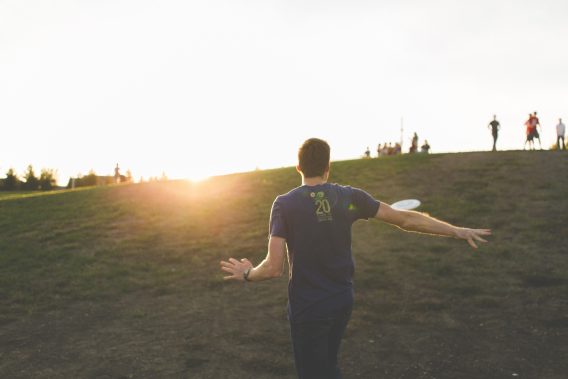 One pastor is engaging his small town community with an unlikely outreach tool– disc golf.

Gavin Douglas, the senior pastor of Tom Price Baptist Church in Tom Price, Australia,  has been playing disc golf which blends golf and frisbee while advocating for his community to build more courses for others in the community to participate. The preacher said taking part in the sport has allowed him to connect with others in more ways than he could at church.

“I’ve been able to connect with a whole new demographic of people that I hadn’t before… Everyone knows who I am in town – that I am the pastor,” he said in an Eternity News report. “It sparks interest because I’m not just the preacher but I’m also the guy who throws frisbee. That’s opened doorways … It’s broken down barriers.”

There are many differences between what Douglas does on the disc golf course and on the pulpit, but the pastor believes there are similarities between sharing the sport and sharing his faith.

“In many ways, like evangelism that we do as Christians, it’s a passion,” he said. “I would always have a disc in my hand and always be ready to talk about it … I was always sharing the hope of disc golf!”

While Douglas revealed that he has received some opposition from traditional golfers who scoff at the evolving sport of disc golf, the pastor said he is used to seeing people oppose his Christianity.

“I think that’s the same with the Christian faith. Sometimes people come at us because they feel threatened for whatever reason,” he said. “I think sometimes we should just lay it down and say, ‘I know, it’s weird. We pray to an invisible God. How weird is that?’ When you break down that defence, you can actually have a conversation about it.”