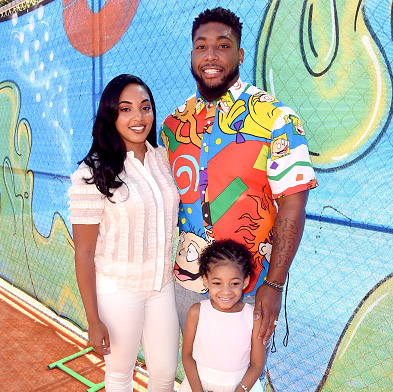 A former NFL player has learned about the way that God speaks to people through his daughter’s battle with stage 4 cancer.

Over four years ago, Devon Still was a Cincinnati Bengal’s defensive end. It was also around this time that his daughter Leah was diagnosed with a stage 4 cancer called Neuroblastoma.

Leah was given a 50 percent chance of living, now she is cancer free. Over four years later, she and her father’s story has helped raise over $1 million for cancer research.

Now, Still has a new book out called Still in the Game: Finding the Faith to Tackle Life’s Biggest Challenges where he speaks about how he saw God work in the midst of his daughter’s cancer battle.

In an excerpt of the book featured on Today, Still spoke about a time when his daughter revealed that God spoke to her.

“He tells me He believes in me and to believe in Him, and if I do He will help me,” Still wrote in the book. “And no matter what I go through, He just says, ‘Be strong!’”

Leah told her father that, “God talks in all different ways.”

The Christian athlete recalled being shocked but realized that God had been speaking to him for some time.