This 13-Year-Old Commutes Two Hours To Sing The Gospel 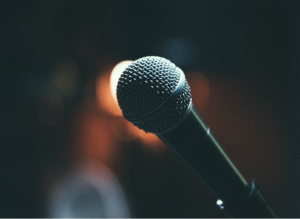 On Thursday afternoons, 13-year-old Mekhi Bratton travels on the subway with his grandmother Jackie from Far Rockaway, NY to Upper Manhattan, where he performs with his choir, the Sing Harlem Choir.

Mehki’s grandmother has avoided the train for almost a decade. But Mekhi has encouraged his grandmother to start traveling again.

“I could not say no to him,” Jackie said. This was a boy who, as a toddler, sobbed if the family could not make it to church to hear the choir. Music was his oxygen, and in his earliest memories, he already knew how to breathe it in and sing it out.”

The Sing Harlem Choir is a group of singers who originally started with the Gospel for Teens Choir.  Vy Higginsen, a Harlem Resident who offers students free music instruction, founded the program.

Having a passion for music, Mekhi travels across the city so that he can sing the gospel. He travels to “weird streets,” he said, like Chambers or 37th Street” or to Central Park, New York.

Although he has a long commute back to Far Rockaway, Mikhi still desires to spend time with his choir members after intense practices. Most of them are older teenagers or in their early twenties, but it does not matter to Mikih, because they all share one common interest – the gospel.

Before performing, Mikhi encourages himself starting at 7 a.m. by listening to Aretha Franklin or Vanessa Bell Armstrong. He says by 9:30a.m he’s ready to go.

Once during a performance at the club, Mekih did a solo piece where he sang the classic song, “A Change Is Gonna Come.” As he began signing: “I was born by the river” Mekih left audience members stunned with amazement.