The Blessing in the Fog: Faith for Creatives | Ambo TV
Featured Posts

The Blessing in the Fog: Faith for Creatives 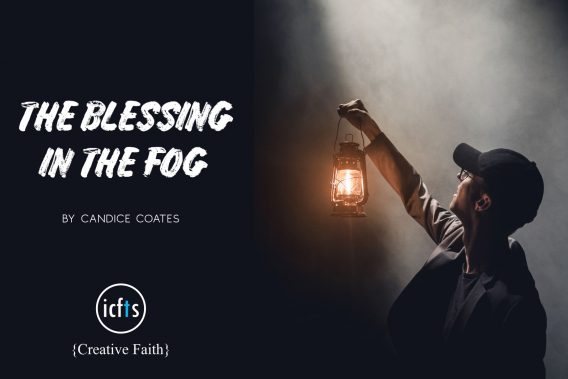 “The angel of the Lord encamps all around those who fear Him, And delivers them…The Lord shall preserve your going out and your coming in from this time forth, and even forevermore.” ~PSALM 34:7, 121:8

There are many occasions where I see an image and I am inspired to write something. In this instance, I was perusing through some images and landed on the one featured and then I was reminded on the part in “The Horse & His Boy,” by C.S. Lewis, where the Horse and the Boy are on a cliff in the fog and they see Aslan.

The thing is they don’t know Who Aslan is.

All they see is a fierce and dangerous lion walking in the thickness of the fog not necessarily close to them, but close enough to evoke fear in their hearts as they try to make their way down the mountain and the cliff through the fog.

So the Horse and his Boy press into the cliff to keep as far away from Him, Aslan, the unknown lion, as possible, still pressing through the fog.

Here is the thing, sometimes the Lord allows things to happen in our lives, things that cause us to be on guard, to focus, to tenaciously pursue escape, not to hinder us but to lead us into protection and safety.

What circumstances have you feeling pressed? Pray over them. It could be Christ Jesus allowing you to be pressed into safety out of dangers that you can’t see for the fog.

Remember the fog you may be facing could be a blanket by the Lord that keeps you from being so gripped with fear for what is truly before you that you remain immobilized by fear of taking another step forward in faith no matter how precarious and narrow the path.

For some worshipful and prayerful inspiration, take a listen to Trust Me, by Crystal Lewis.