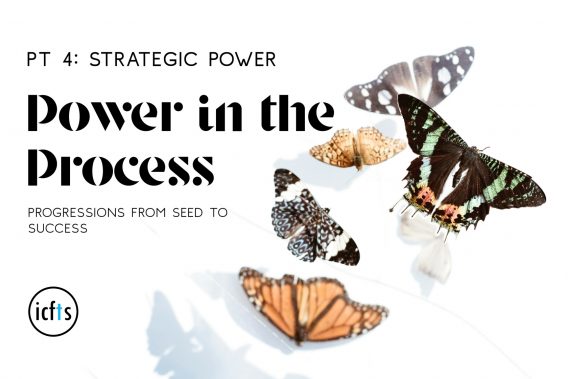 “Give me six hours to chop down a tree and I will spend the first four sharpening the ax.” ~Abraham Lincoln

In the book of Acts, we find the disciples waiting in Jerusalem, along with many others for the green light from Heaven to go out and spread the goodness about the Lord and Messiah, Jesus Christ.

However, He, considering all of their belief instructs them to…wait.

“Therefore, when they had come together, they asked Him, saying, “Lord, will You at this time restore the kingdom to Israel?” And He said to them, “It is not for you to know times or seasons which the Father has put in His own authority.  But you shall receive power when the Holy Spirit has come upon you; and you shall be witnesses to Me in Jerusalem, and in all Judea and Samaria, and to the end of the earth.” ~ACTS 1:6-8

After all they had endured at His side, after three years of eating and sleeping and walking out His vision, setting their hearts to the tune of His will that He had embedded into them, they are asked to wait.

Wait for what? Wait for the power of His Spirit to come upon them.

THE SPIRIT OF THE LORD IS UPON ME

When we read the Gospel account of Luke, we see that our Savior endured several processes to take Him from one manifestation of Power to another. First He is baptized and affirmed by John the Baptist and the Holy Spirit to begin His ministry in Luke 3.

This was the process of submission.

In Luke 4 we see Him now filled with the power of His Holy Spirit being led into the wilderness to be tempted of the devil and come out victorious.

This was the process of obedience.

In the process of obedience, He affirms His power over the enemy and the temptations of sin, both of which strategically position Him for the power over sin and death at the Cross for you and me!

“But when the fullness of the time had come, God sent forth His Son, born of a woman, born under the law, to redeem those who were under the law, that we might receive the adoption as sons. And because you are sons, God has sent forth the Spirit of His Son into your hearts, crying out, “Abba, Father!” ~GALATIANS 4:4-6

Timing is indeed everything. The stage must be set. The conditions right if we are to hit our intended target right in the bullseye.

I heard, years ago, that one of the reasons why the Lord waited to come in the form of man to present Himself as the Truth, Way, and Life was because at that specific time the Roman Empire was alive and thriving.

You may think, what does that have to do with anything. Here is the deal. The Kingdom of God and the Gospel of Grace and truth was to be spread throughout all the earth.

The Roman Empire, unlike any other empire before it or after it, had the ideology of the Kingdom of God in that, this empire did not take people from their land and try to enforce change through uprooting and disconnection. Rather, they sent ambassadors of Rome into other lands to act as a catalyst for change and the spreading of their empire.

With this cultural engine already revving there was power waiting to be tapped for the Gospel to spread like a wildfire. “Go to the ends of the Earth and make disciples of all men.” This is the Lord’s instructions, but again He says wait for power to come upon you.

Abraham Lincoln speaks about spending hours sharpening his ax before actually swinging at the tree to chop it down. There is wisdom in this.

A sharp blade requires less force to breakthrough. Being rooted in submission to the Holy Spirit, obedience to His prompting and His power born from trusting in Him are we made able to ‘fell the trees’ we are aiming to chop down.

When we submit to the Lord’s process, allowing Him to strengthen our muscles to be able to bear up under the weight of glory He has prepared for us, then are we able to be powerful for the Kingdom and His Name.

Your process is never going to look like anyone else’s, and even if you copy someone to the letter, that will not ensure that you will bear the same fruit.

More than you or I want to be successful does Christ Jesus desire and push for our success, but there is a process. Our Heavenly Father doesn’t want us to just be visitors in our visions unable to maintain the land because of weakness on character or Spirit. He wants us to have staying power and ease.

That comes from preparation which is all part of a grand process.

Where does the Lord have you in your journey? What ‘weights’ is He having you lift? No matter where or what, stay focused on Him and keep in rhythm with His repetitions. There is power growing within you for your purpose and it all comes as a result of the process.