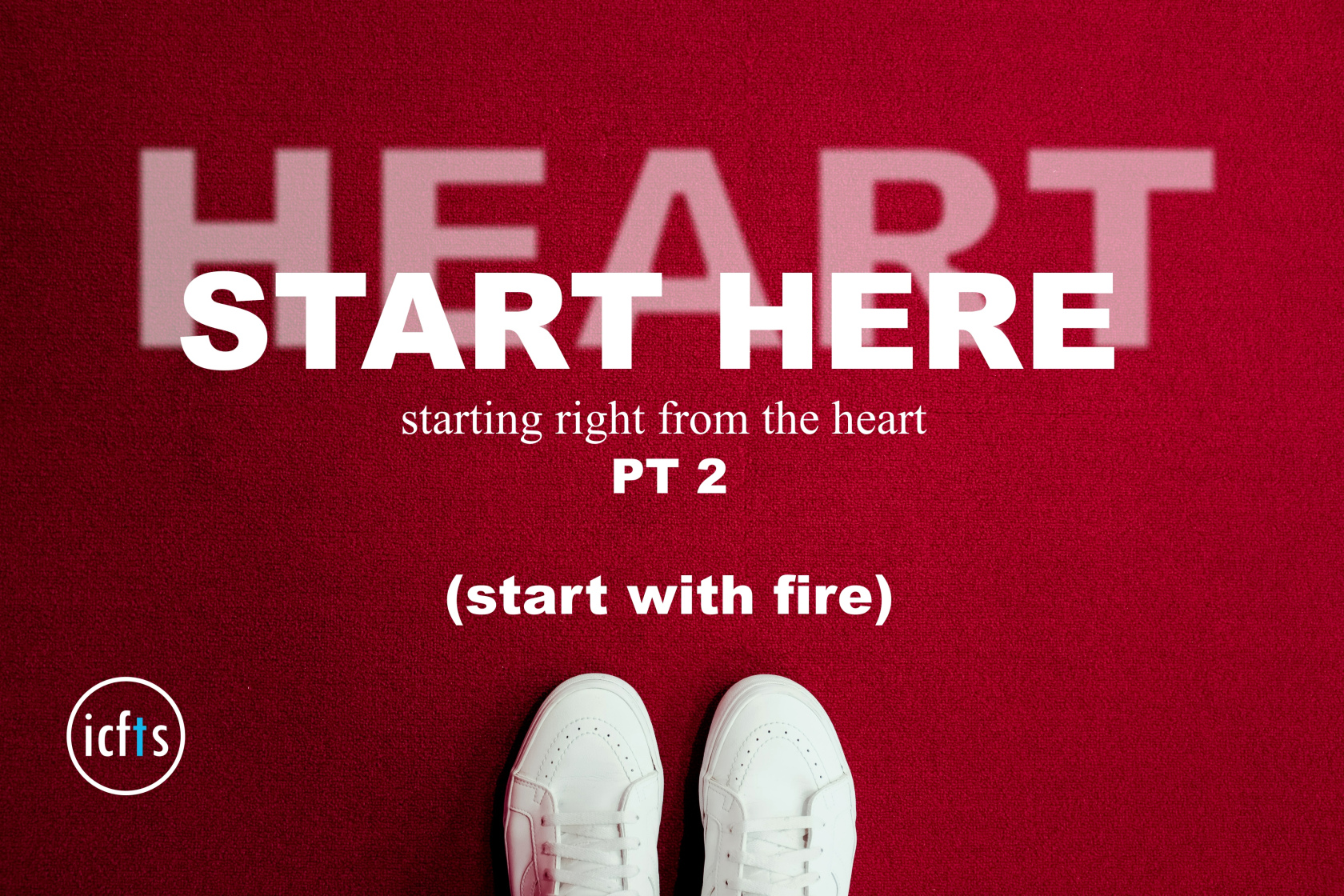 I saw an image of an activist with a sign that read, “We are on fire. Act now.” Instantly, the thought of the words of the Savior flickered into a flame in my heart. The scripture is Mark 9:35-38, which reads:

“Jesus went through all the towns and villages, teaching in their synagogues, proclaiming the good news of the kingdom and healing every disease and sickness. When he saw the crowds, he had compassion on them, because they were harassed and helpless, like sheep without a shepherd. Then he said to his disciples, “The harvest is plentiful but the workers are few. Ask the Lord of the harvest, therefore, to send out workers into his harvest field.”

What the Lord began to reveal to my heart in light of the sign and then the reminder of the scripture was twofold.

ONE: The Lord was saying and is saying to all of us who know Him, that the people in the world are ready, right now, to hear about Him. They are thirsty for the True Gospel of His Grace (II COR. 5:17-21)

They are on fire and ready to be quenched by the Water of His Holy Spirit.

TWO: The other side of is that we have to recognize the anointing that He has placed upon us. That we are on Fire by His Spirit and now is the time to move!

We need to move as lights in the darkness. We must move in the direction that He is calling us to. We have to move in the place that He is drawing us. We have to act! even when it doesn’t make sense, but especially when it requires faith in Him and the casting off of sight. (II COR. 5:7)

SEEING AND SEIZING YOUR MOMENT WITH FIRE

In the first chapter of Acts, the Lord tells the Body, to wait in Jerusalem until they have been baptized by His Holy Spirit and fire and then to go out into the world and spread the gospel to all, that the Spirit would give them power. (ACTS 1:4-8)

When our Lord spoke with Pharisees, He rebuked them for being able to read the actions of the clouds and know when rain was coming but they could not recognize the signs of the time and that the time of the Promised Messiah was upon them. (LUKE 12:56)

Is your heart burning with something that you are feeling led to do by the Holy Spirit? Do you feel a prompting to make a shift or a move, to create, to build, to write, to speak, to relocate? If you have prayed and know that this burning is indeed from the Lord, don’t hold back.

Act now! The Fire has come upon and you have His power to perform.

You may be in a place where you feel like this burning is at the wrong time, but beloved, I want to encourage you to know that God’s timing is always the right timing. I am certain that when David went to deliver cheese and bread to his brothers that he was not expecting to face a giant that would lead him directly into the heart of the palace and prepare him for his place as king.

But had David ignored the fire that was upon him because of his view of timing, he would have missed his moment. Had he stalled and not met Goliath head-on, he would have never been more than an anointed shepherd boy in the back hills, tending his father’s sheep.

But because he moved with the fire that was in him and upon him and trusted the God who had brought him to that moment all of Israel was changed!

YOU HAVE A FIRE

Like David, is your fire fully ignited? If so, if you have the seed of faith to move, then move! The world is ready. The harvest is ready. Act now!

*Click INTRO or PART 1 for the previous parts of this series.

–Candice Coates is an author, blogger, and contributor to Ambo TV. This article originally appeared on her website www.icameforthesoup.com.