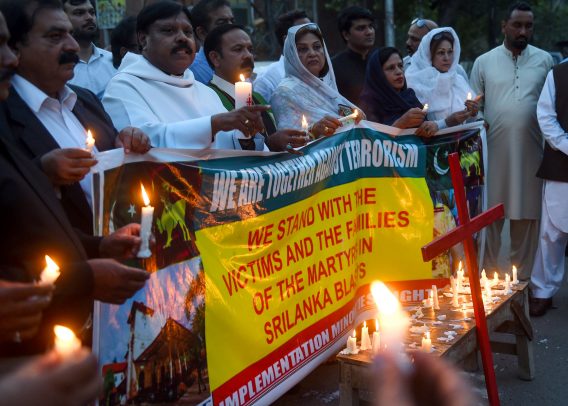 A week after terrorists bombed multiple churches in Sri Lanka, a pastor of one of the churches is offering his forgiveness.

Pastor Roshan Mahesen is the leader of Zion Church in Batticaloa, which was bombed on Easter Sunday along with two other prominent churches in the area.

The death toll reached 250 people after the attack and left the international church community in mourning. At Zion Church, 28 members of the church lost their lives.

Still, Mahesen has forgiven those who took the lives of the people in his church. That doesn’t mean that his church is not hurting.

Still, the pastor released a statement of love for the suicide bomber.

“We are hurt. We are angry also, but still, as the senior pastor of Zion Church Batticaloa, the whole congregation and every family affected, we say to the suicide bomber, and also to the group that sent the suicide bomber, that we love you and we forgive you — no matter what you have done to us, we love you, because we believe in the Lord Jesus Christ,” Pastor Roshan said in a video released by “The Life” ministry.

He pointed to Jesus’ words on the cross as his example for declaring love for the people who targeted his church.

“Jesus Christ on the Cross, he said, ‘Father, forgive them for they do not know what they are doing’” he quoted. “We also, who follow the footsteps of Jesus Christ, we say, for the Lord forgive these people.”

A number of Christian churches have kept their doors closed since the incident due to safety precautions.

“On the advice of the security forces we are keeping all churches closed,” said a senior priest in the nation’s Catholic Church, according to AFP. “There will be no public Mass said until further notice.”