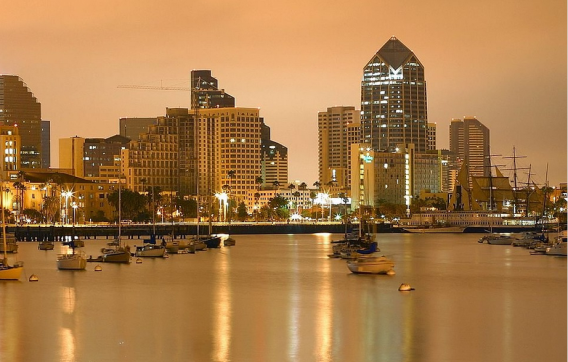 What has your church done for you lately?

The New Vintage Church in Escondido, Cali. is gifting its city with a renovated theater for both movies and stage productions. The move is one that the church hopes to begin next year so that it can host services and allow people to come watch old movies at discounted prices.

The San Diego county church has set its sights on more than just the theater. It has plans to purchase another commercial building near the church along with build a new two-story property.

The hopes are to build a restaurant or cafe along with another place to serve children and teens in the downtown Escondido community. Pastor Tim Spivey leads the New Vintage Church and considers the building to be a gift.

After receiving the gift of their church home, Spivey believes the church has been given the opportunity to pay their blessings forward.

“The church was given to us and we feel we now have a chance of giving something back to somebody else,” Spivey told The San Diego Union-Tribune. “It’s a big old gift to the city. That’s how we see it.”

Even though the church still has to receive approval from the city council, the Mayor Sam Abed and other city officials have already given the project a green light. According to the Union-Tribune, there are plans in place for thousands of condos and apartments to be built in the area.

The mayor believes the church’s plans are right for the city.

“It’s a right time in the right place project that will connect the synergy between the main part of Grand Avenue and the Palomar project,” Abed said.