Preparing to Prosper in What Looks Like a Drought 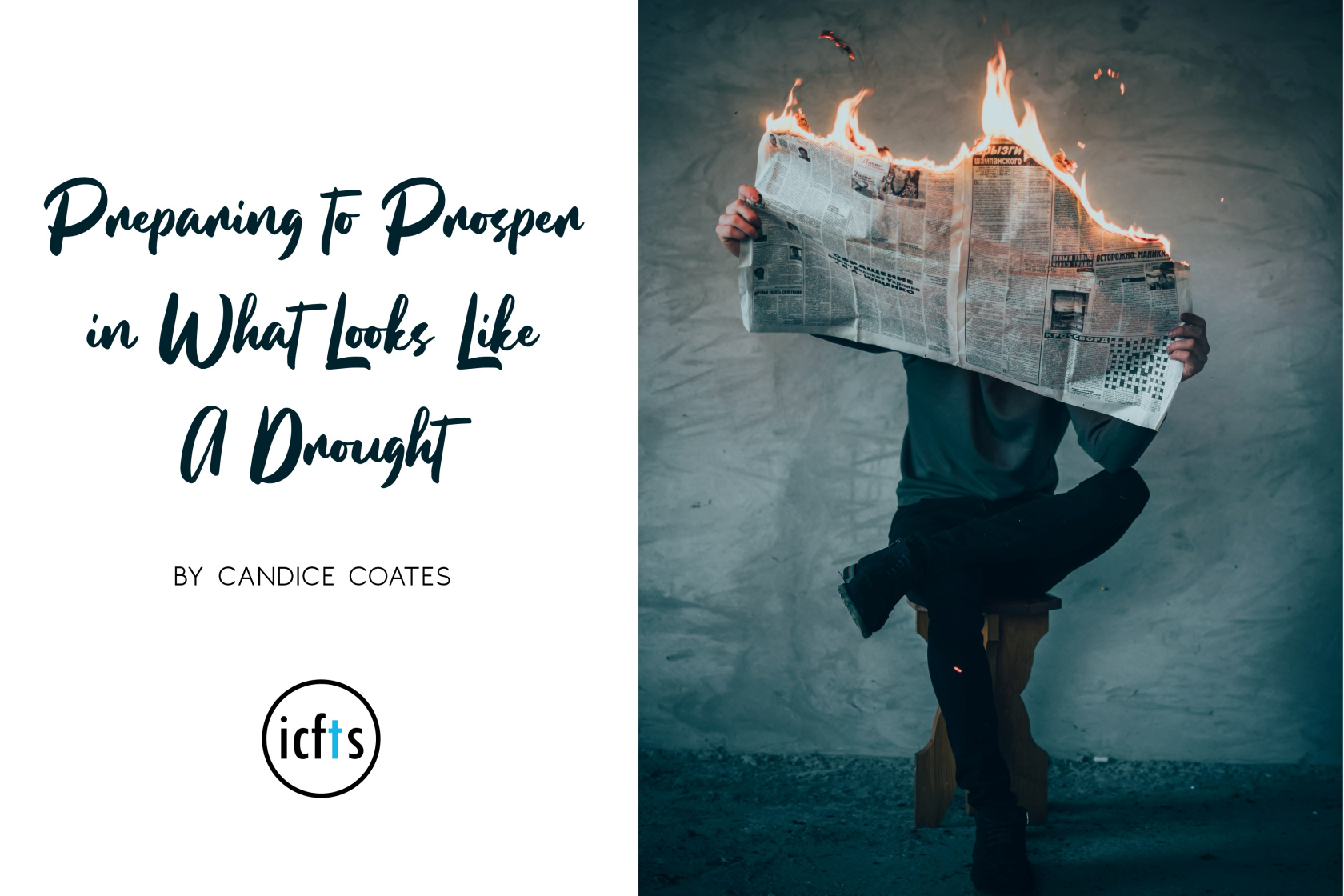 Scrolling through the Stories feed on my author’s Instagram account, @candicecoateswrites, I came across a comedic meme that read, “So in the middle of the Civil War, someone was like ‘You know what this country needs? A delicious steak sauce..’”

If you are not familiar with what steak sauce I am talking about, it is good ole’ A1 Steak Sauce. Now here is the thing, the sauce, which started to get more widely known in 1862, was actually created by a European chef in Europe and wasn’t even introduced to America until 1895.**

Although not American in origin, and actually created three decades before the Civil War, the idea and even deeper truth behind the comedic meme still stands.**

What is that meaning? That we must be willing to create and pursue our vision even in the midst of tremulous times. We must have the faith to plan beyond the drought.

NOT HINDERED BY THE MOUNTAINS

A beautiful example of this can be found in the life and love story of Black American Nurse in the U.S Army, Elinor Powell, and her husband-to-be, German WWII P.O.W, Frederick Albert.

With war still raging in Germany, Frederick being a P.O.W in the state of Arizona, and Elinor being a Black Nurse in the American Army in Jim Crow’s south, the likelihood of these two people seeing a worthwhile future beyond such hateful circumstances doesn’t even seem realistic.

But with faith, anything is indeed possible.

Here is Frederick, at 19, and forced in to Hitler’s army, captured and a prisoner of a war he did not want to fight in, now on foreign soil far from home, completely cut off from the freedom and privilege he had once known. He is working in the mess hall, doing his assigned duty when in walks 23 year old, Elinor, a Black Nurse, and he is captivated!

As Alexis Clark tells it according to the accounting of their sons said, Frederick sees Elinor, leaves his posts, walks up to her and tells her that, “You should know my name. I’m the man who is going to marry you.”

Okay, wow! Not only is this statement just extremely bold under any circumstances, but he is a prisoner, speaking to a woman who because of her ethnicity is prohibited by law to be with him, and even if she were White, their fraternization would be an act of treason.

And yet and still, with all of these things facing them and more, Frederick and Elinor chose hope, faith, and to plan for a future beyond the circumstances they were facing.

They pursued their vision for the future in the face of Jim Crow, Nazism, war, age, normalized racism and oppression, and I am sure the list could go on.

SEEING BEYOND THE CIRCUMSTANCES

Can we, like Frederick and Elinor, like Joseph of Genesis, like many of our elders and ancestors who faced insurmountable odds, and gained success because they believed and purposed for success, choose to trust God and the Words of His promise, and plan for our futures, far beyond the current circumstances that contradict what we are purposing to see?

Can we do as the Lord Jesus told us, and believe that with the smallest ounce of faith we can look at our mountains and tell them to get out of our way (MARK 11:23)? Can we, like the comical meme, decide to make a world-changing steak sauce even though it seems people currently can’t afford to pay attention much less the price for a steak?

Can we believe for a future that the Lord has said He has planned that is good and prosperous? (JEREMIAH 29:10-13)

As you set your thoughts, hearts, and actions to seek the Lord and plan for the future ahead, the future beyond the current moment, be encouraged by ISAIAH 54:

“Sing, barren woman, you who never bore a child; burst into song, shout for joy, you who were never in labor; because more are the children of the desolate woman than of her who has a husband,” says the Lord. “Enlarge the place of your tent, stretch your tent curtains wide, do not hold back; lengthen your cords, strengthen your stakes. For you will spread out to the right and to the left; your descendants will dispossess nations
and settle in their desolate cities. “Do not be afraid; you will not be put to shame. Do not fear disgrace; you will not be humiliated. You will forget the shame of your youth
and remember no more the reproach of your widowhood.” ~vs 1-4

Stretch out. Make room. Plan for more. Plan ahead. Greatness is on the other side of your today. You just have to believe and prepare for it!

To see an interview about Elinor and Frederick’s story, you can find it on Youtube. To purchase a copy of their story, “Enemies in Love: A German POW, a Black Nurse, and an Unlikely Romance“, by Alexis Clark, you can do so by visiting Amazon.com.

**Facts about A1 Steak Sauce were gathered from Cook’s Info.Com