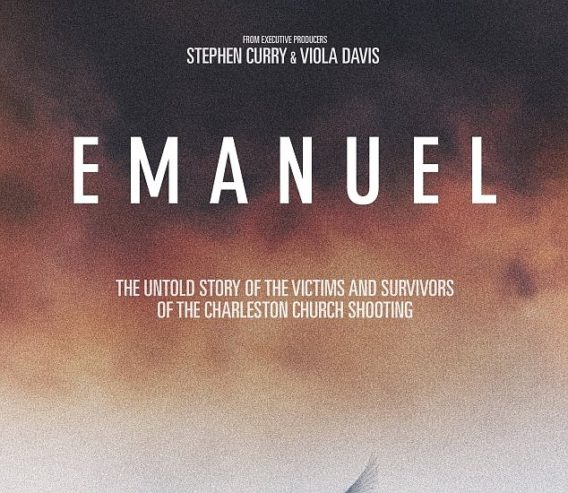 The powerful new trailer for the EMANUEL documentary has been released, giving audiences an emotional glimpse of how a city and nation overcame the tragic fatal shooting of nine worshippers at a South Carolina church four years ago.

The documentary, executive produced by NBA star Stephen Curry and actress Viola Davis, will be in theaters for two nights only, on June 17 and 19. Curry introduced the new trailer for the film that is making its rounds online.

In it, viewers get a glimpse of what it felt like to experience the tragic events with heartbreaking accounts of the shooting and its aftermath from church members, family members, and former U.S. President Barack Obama. The trailer takes viewers on a journey through grief and resilience, setting the tone for the story that doesn’t only need to be told–but seen.

EMANUEL documents the shooting that took place on June 17, 2015 when then 21-year-old white supremacist Dylann Roof killed nine members of the Emanuel AME Church who were taking part in a Bible study. Those nine families participated in the documentary, along with other notable city officials and members of the Charleston community.

After the shooting, the families chose to rise above hating Roof for killing their loved ones while they were innocently worshipping God. Instead, they offered forgiveness and asked God for mercy. Nadine Collier, the daughter of 70-year-old Ethel Lance who was killed by Roof, was one person who publicly forgave him.

“I forgive you,” Collier said at Roof’s hearing in 2015, according to The Post and Courier. “You took something very precious from me. I will never talk to her again. I will never, ever hold her again. But I forgive you. And have mercy on your soul.”

Curry previously explained how much he was inspired by the families decision to forgive the man who took their loved ones from this earth.

“I heard about the specifics of the story and how, you know, the families of the victims of Emanuel Church choose forgiveness over hate and anger,” Curry previously told NBC. “That was something everybody needs to hear. I don’t know if I would have the strength to do the exact same thing in that situation, but I wanted people to hear their point of view on why they decided to do that.”

Check out the trailer below: