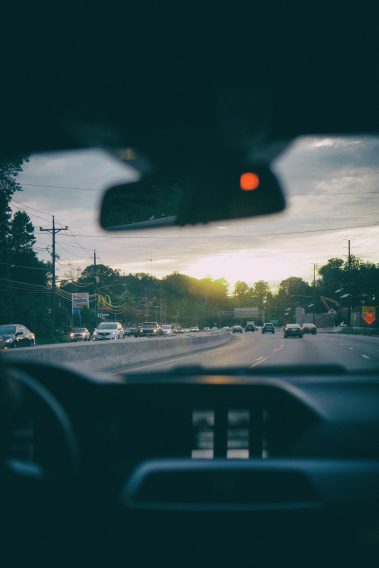 While traveling for a pastor’s conference, two men say the voice of God saved them from a near-fatal crash with a semi-truck.

Jordan Cole and Kenneth Bryant were traveling with a group of other men from Montana to Philadelphia for a pastor’s conference when their food truck broke down last month. Recently, they told Fox 8 about the shocking events that happened when their vehicle broke down in Ohio.

Bryant and Cole remained in the broken down MudMan food truck that they typically use to sell things like hamburgers in order to raise money for Potter’s Field Ministries. Some of the other men that they traveled with took a van to collect repair materials.

It was then that they heard what they believe was the voice of God warning them about danger.

“It was kind of vivid,” Bryant said. “It was a pretty predominant thought that the truck was going to get hit.”

Cole was in the cab of the truck while Bryant recalled being in the back where he was using a generator to charge their cell phones. With seconds to spare, the voice prompted the men to jump out of the food truck before a semi-truck crashed into it and destroyed it.

Bryant insisted that God was the reason they are still alive.

“God kept us safe, God kept us alive,” Bryant said. “We’ve come to the conclusion that it was Jesus. He allowed this to happen for me to be able to share this story…for people to know that our Heavenly Father is mindful of us.”

The semi truck driver also survived the accident with minor injuries. When people hear this story, Bryant said he hopes people can acknowledge that there is purpose in their lives.

“That there is a purpose for your life, you do have a reason to be living and it’s God’s perfect timing,” Bryant said.