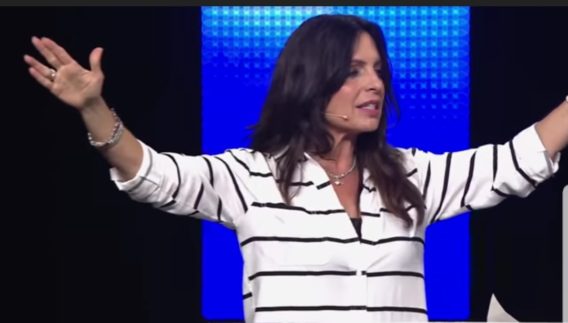 Is Jesus More Than A Celebrity Crush?

That’s a question that Bible teacher and author Lisa Bevere is challenging people in a post written for her Messenger International ministry website that used that very question as its title.

Bevere explained the importance of viewing Jesus as an actual person.

“Lovely one, Jesus is not a philosophy; He is a person,” she wrote. Therefore, believing in Jesus is more than adhering to a creed; it’s an awakening of the heart. We see Him for Who He really is—the Son of God.”

Bevere explained her point even further with the use of scripture.

“In the sixteenth chapter of the Gospel of Matthew, Jesus entered the region of Caesarea Philippi and asked His disciples, ‘Who do men say that I, the Son of Man, am?’ (Verse 13 NKJV). Several disciples answered promptly,” she wrote. “The common response was, ‘Some say John the Baptist, some Elijah, and others Jeremiah or one of the prophets'(Verse 14). Once the opinions of the crowd were shared, Jesus looked at them and asked them directly, ‘But who do you say that I am?(Verse 15)'”

In this Biblical account, many people came to the realization that they did not personally know who Jesus was, which can be said for many people today.

“There was a moment of silence as they were confronted by a moment of truth. The men who were so eager to air the opinions of others were now lost for words,” she wrote. “With this confrontation came the realization that they had no answer—except for the fact that they were living off the speculations of others, rather than establishing in their own hearts who Jesus really was.”

After sharing other scriptures like Matthew 16:18 and John 6:44–45, Bevere revealed the importance of knowing Jesus.

“The revelation of Jesus is the foundation the church will be grounded on,” she wrote. “Without this truth firmly planted within us, we’ll easily be swayed by the shifting current of public opinion. Beloved, there is a stability that results from revelation knowledge.”