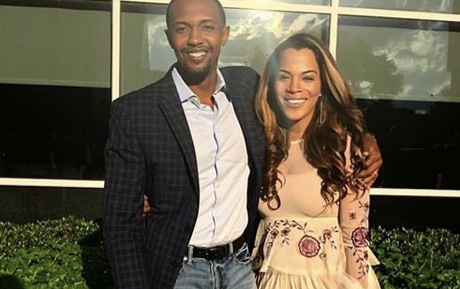 Are you good at handling criticism?

Pastor Cornelius Lindsey of The Gathering Oasis church in Atlanta, Georgia is sharing some tips to help people live emotionally healthy lives. One way to do that is learning not to take criticism personally.

“Freedom is when you get to a point where you refuse to take anything personally,” he wrote on Instagram. “How emotionally healthy you are matters when it comes to criticism.”

Some people allow themselves to be led by their emotions. According to the preacher, emotionally healthy people know how to recognize how their emotions are impacting situations.

“Healthy people are able to recognize and understand their emotions. They use that information to guide their decision making,” he wrote. “We should be able to learn from the feedback without allowing the negative emotions to close our minds.”

When dealing with criticism, the pastor and husband to Pinky Promise movement founder Heather Lindsey suggested that people use wisdom.

“Most importantly, we must make sure that we judge the critic wisely. It’s a wise rule of thumb to avoid taking criticism from social networking sites,” he wrote. “Listen more to those individuals who know you. Not all voices are meant to be accepted or validated as important.”

According to the preacher, it is important to be open to criticism.

“As emotionally healthy people, we should stop making excuses, rationalizing, justifying and sidestepping the issues whenever we’re given righteous criticism,” he wrote. “We should be open enough to listen, consider and put into practice wherever required.”

Regardless of if the criticism is valid or not, Lindsey reminded people not to let it define them.

“ NEVERTHELESS, we must NEVER assume that a critic’s words will define our life story,” he wrote. “Never forget that criticism of one paragraph doesn’t discredit the entire book.”