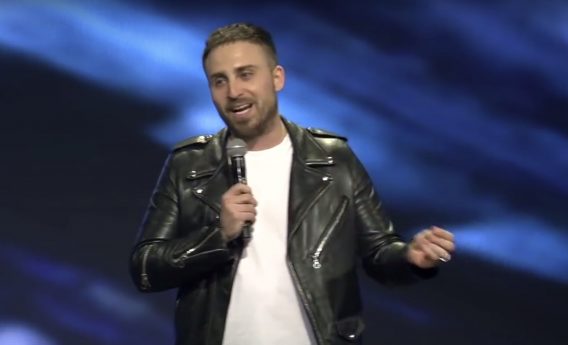 Pastor Chris Durso is using some scripture and encouragement to remind people not to doubt the promises of God.

In a recent Instagram post, the senior pastor of Christ Tabernacle Church in Queens, New York reminded people that God’s timing was better than their own.

“God did not lie to you. If HE said it would happen, it’ll happen,” he said. “His track record demands our trust. Remember, His plans are greater than our plans.”

More than that, Durso insisted that God’s timing is perfect.

“His ways are greater than our ways. His timing is perfect,” he said. “His promises for you will be fulfilled in your life.”

Instead of doubting God in moments of waiting for His promises and blessings, Durso encouraged people to trust His process and praise the Lord.

“Don’t doubt it, trust the process. Stay the course,” he said. “Praise Him the entire time.”

He went on to share a Bible verse found in Numbers 23:19 which states, “God is not human, that he should lie, not a human being, that he should change his mind. Does he speak and then not act? Does he promise and not fulfill?”

Durso has grown up with his fair share of struggles and knows what it’s like to wait on the promises of God. In a previous interview on Pastor Paula White’s “Hope For Today” podcast, he spoke about having a learning impairment that almost stopped him from wanting to preach. However, Durso proved himself wrong by helping to build a thriving youth ministry in New York City called Misfit NYC.

“I grew up with ADD and I always felt like it would be difficult for me to get ahead and even preach the gospel,” he said. “I put this weight on myself and said that I was never going to be able to do this at all and on top of it, I never knew I would be in youth ministry.”