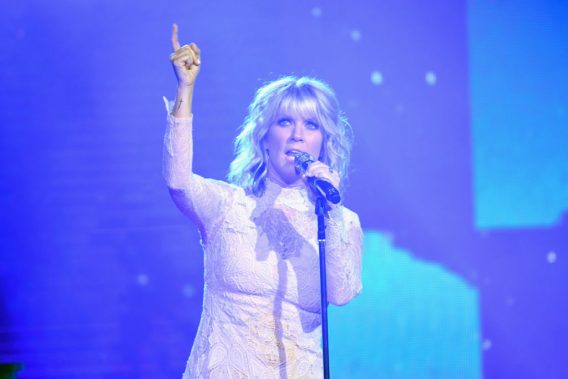 Natalie Grant learned about the power of child-like faith recently when her 11-year-old daughter prayed her through a panic attack.

The legendary contemporary Christian music singer detailed how her intense anxiety came on unexpectedly during a recent flight.

“I had a panic attack on my flight tonight. My first one in a very long time,” she revealed in a Facebook post. “ I don’t exactly know what triggered it. Maybe the exhaustion of the last month of touring, going straight into Christmas, and I’m a little run down.”

On top of her busy schedule, Grant admitted that she was struggling with the idea of leaving her parents.

“…I was also extra sad to leave my parents this time. These moments are so precious and they come and go too quickly,” she wrote. “I think my fragile emotion sometimes makes me more susceptible to those stupid fiery darts. But whatever the reason, 5 minutes into the flight, I couldn’t breathe.”

Grant admitted that she was embarrassed by the panic attack that she was having until her 11-year-old daughter Gracie prayed for her mother.

“I couldn’t sit still. I felt ridiculous. Embarrassed. Ashamed,” she wrote. “And at that moment, my Gracie girl took my hand and said, ‘Jesus, right now we say no to fear and yes to truth. Because Jesus, you are greater than any fear.’”

Grant knew that she needed to get ahold of her faith in that moment and was able to work through her anxiety episode.

“And as she prayed, I made a decision to grab ahold of what I know, instead of wallow in what I felt. Faith isn’t a magic potion,” she said. “It’s a choice. My 11-year old daughter helped me choose well, tonight.”

While Grant revealed how easy it can be to feel down about struggling with anxiety as a Christian, she was inspired by the faith of her daughter Gracie.

“I often beat myself up after I struggle with panic, thinking my faith should be more giant-like,” she wrote. “Tonight I was reminded it just needs to be more child-like.”