MOSAIC Church Raises Over $2M In 9 Days Through Historic Fundraising 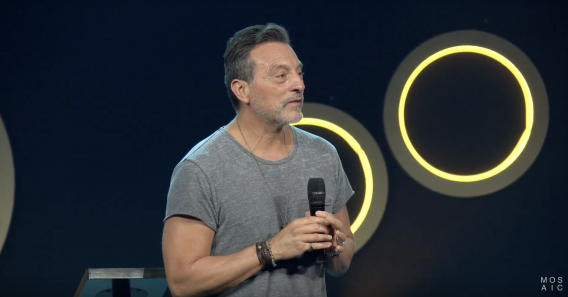 MOSAIC Church has raised over $2 million in nine days on its mission to own its church building.

The church led by Pastor Erwin McManus is located on the famed Hollywood Boulevard in Los Angeles, California. Zoning laws may present challenges for churches to build on land in the city, but the owner of MOSAIC’s current location is willing to sell the property to the church.

However, the property isn’t cheap. According to the church’s GoFundMe campaign, the building purchase price is $20 million.

The church hopes to raise an initial $5 million that they could put down as a deposit. In less than two weeks, over $2 million has been donated.

“We have the opportunity to buy our Hollywood property and have a home in the heart of Hollywood,”  McManus said in a statement obtained by Ambo TV. “We reach Hollywood, we reach the world. We are here to stay… Hollywood is the creative epicenter of the world and the capital of the future.”

MOSAIC has been renting their current location for the past seven years. Originally, there were plans to tear down the current building and remodel it into condos.

The preacher believes that God brought his church with over 5,000 members to Hollywood.

According to GoFundMe, this is the largest church–based campaign that a church has ever conducted on the platform.