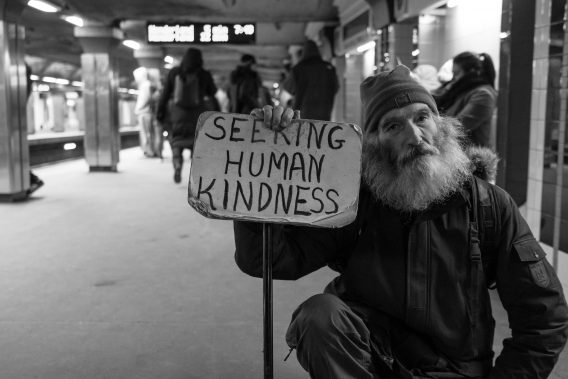 One minister is revealing what it means to truly forgive after nearly being beaten to death while trying to help clean up a drug riddled community in Albuquerque, N.M.

Ralph DiPalma is the leader of Last Chance Ministries which has been serving the community at the local Coronado Park by feeding the hungry and cleaning up litter. DiPalma has been serving the homeless in similar ways for close to 50 years, but his life was put in danger when doing so recently.

Last week, a man that DiPalma revealed is a methamphetamine addict beat him with brass knuckles. The minister said he believed that man would have taken his life.

However, prayer changed the circumstances.

“He intended to take life, I knew that for sure. I asked the Lord for help,” DiPalma said, according to KOB4 reports, “For whatever reason he decided not to continue and left.”

The minister was taken to the hospital where he received 17 stitches in his face and forehead. Still, he isn’t angry at his attacker.

Instead, the minister explained why he forgave the man that almost took his life.

DiPalma has been working with the homeless community for close to five decades and explained how bad things have gotten.

“They’ve lost control of their life through drug and alcohol addiction,” he said. “The police are doing all they can. If you see the police at night, they’re going from one call to another non-stop. They’re just overwhelmed.”

While he is doing what he can to help the homeless in the community, DiPalma told the Albuquerque Journal what he believes could improve the community for the people struggling there.

“The city needs a full-time case worker to get on the phone daily and call all the successful drug and alcohol programs around New Mexico and the Southwest to find out if there are openings,” he says. “If so, the ministry will pay for a bus ticket to get people there. We need to get them out of the city for Albuquerque’s survival – and their own.”