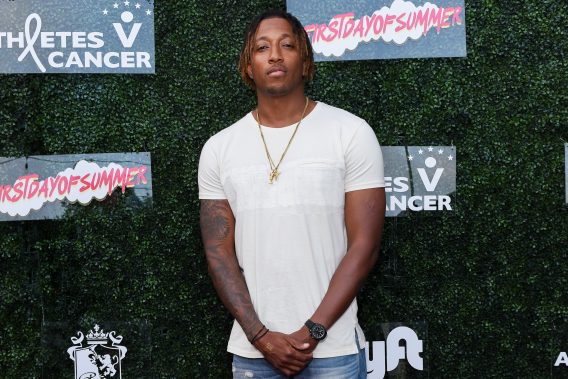 Lecrae shared more than music when he visited VOUS Church in Miami recently.

The Grammy Award winning chart-topping rapper served in a guest speaker capacity to share a sermon with Pastor Rich Wilkerson jr.’s megachurch in Miami, Fla. recently. On Monday, the church released that message in a VOUS Church podcast called “Joy Through Sacrifice.”

Those in attendance were treated to Lecrae’s humor, intensity and a lesson about finding joy through pain like in moments of rejection. The husband, father, rapper and author dug deep into his past, which includes being molested by a family member at the age of seven.

Even though the world saw him move past the incident and other tragic moments from his upbringing, Lecrae said his success was only external. Inside, he suffered from depression when he decided to speak out against racial injustices, which resulted in backlash.

Not only did Lecrae lose hundreds of thousands of followers on social media, the husband and father of three said his family received death threats.

“I was about to learn a very powerful lesson,” he said. “If you live for people’s acceptance you will die from their rejection.”

While Lecrae was depressed for over a year, he explained the process of getting out of that place involved facing his traumatic past head on.

“I had to embrace that trauma and let it mold me into someone new,” he said. “..The shift is being willing to die to whatever we were before the pain to birth the person that we were becoming.  The shift is when we’re too attached to who we’ve been we’re held back to who God wants us to be.”

In the age of social media, Lecrae cautioned people against looking for likes in others.

“We’re in the social media world hoping for likes,” he said. “If you woke up this morning and you loved yourself and God loved you, any additional like is a bonus. Likes don’t change the world, relentlessness does.”