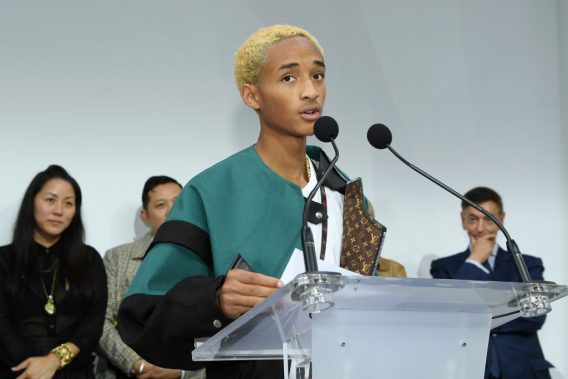 Jaden Smith is debuting his first water filtration system to a church in Flint, Michigan in hopes that the city will get access to clean water.

The 20-year-old rapper and actor son of Will Smith and Jada Pinkett Smith has a company called JUST goods. This organization sells environmental friendly water while helping people rework their water systems.

On Friday, it was reported that Jaden’s company would team up with First Trinity Missionary Baptist Church in Flint, Michigan to create a water filtration system known as “The Water Box.” Flint has not had proper access to clean water since 2014 when it was discovered that their current system was full of lead.

The city was getting its water from the Flint River without treating the water source. The result was a contaminated water supply that caused immeasurable physical and mental damage to its residents.

While First Trinity Church has distributed over five million water bottles to people in the city, water bottles have been on the decline. Now, Jaden and his team are working with the church to design and engineer a new water system.

The system will work to reduce lead and other contaminants from water. Jaden recently visited Flint with his mother who took pride in her son’s work on social media.

“I really enjoyed our trip to Flint yesterday where I witnessed you unveil your first water filtration system to First Trinity Church,” she tweeted.“Your desire to innovate to help Flint have access to clean water makes me so proud.”

.@officialjaden I really enjoyed our trip to Flint yesterday where I witnessed you unveil your first water filtration system to First Trinity Church. Your desire to innovate to help Flint have access to clean water makes me so proud. pic.twitter.com/nssKJQVaZw

She went on to thank leaders of the church for trusting in her son’s vision for producing cleaner water in the area.

“Thank you @firsttrinitymbc and Catrina Tillman and Ezra Tillman for trusting my son and his team enough to serve the community of Flint through your church. #flintwillnotbeforgotten,” she wrote.