Here’s How Stephen Colbert Got His Faith Back 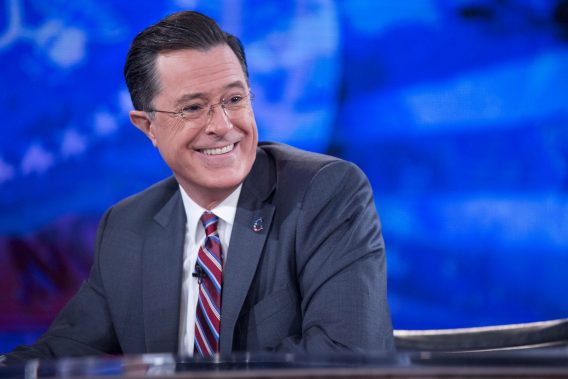 Stephen Colbert has used his platform to share his Catholic beliefs for some time but the late night talk show host has revealed that he once lost his faith.

However, he managed to reconnect with God as a 22-year-old walking on the streets of Chicago.

“I had lost my faith in God, to my great grief…I was sort of convinced that I had been wrong all this time that I had been taught something that wasn’t true,” Colbert told Father James Martin on Catholic talk show “Faith in Focus.” “…I was walking down the street and somebody handed me a little, green New Testament Proverbs and Psalms.”

The comedian who hosts The Late Show With Stephen Colbert recalls opening up the scriptures which lit a spark in him.

“The words of Christ read off the page. There was no effort,” he said. “I stood on that street corner in the cold and read that sermon. And my life has never been the same.”

The priest acknowledged how beautiful Colbert’s experience was.

“This gift of religion is something that can only be given in this way,” Fr. Martin said. “And therefore you should be humble and accept this act of love. And see what it is they gave you without rejecting it.”

During a previous interview with the Holy See Press Office’s Father Thomas Rosica on the “Witness” program in 2015, Colbert spoke about how logical his belief in God is.

“Faith ultimately can’t be argued. Faith has to be felt. And hopefully you can still feel your faith fully, and let your mind have a logical life of its own, and they do not defy each other, but complement each other, because logic itself, I don’t think, for me, and you know — logic itself will not lead me to God,” Colbert said. “And so, hopefully I can use my mind to make my jokes, and not deny my love for God at the same time.”