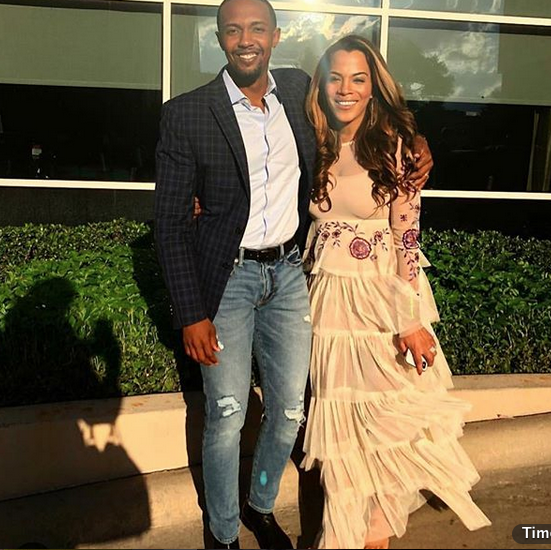 Heather Lindsey is revealing how she handles her social media critics after receiving some backlash for spending time with Pastor Joel Osteen this week.

Lindsey has made a name for herself among women as an author and preacher who founded the Pinky Promise Movement that unites women in small groups all over the U.S. Aside from hosting an annual conference in Atlanta, Ga., the mother and wife leads The Gathering Oasis Church with her husband, Pastor Cornelius Lindsey.

When the pair traveled to Houston, Texas recently for an event with some fellow leaders in the Christian community, Heather took a picture with Pastor Joel and his wife Victoria Osteen from Lakewood Church. Heather responded to a number of negative comments concerning her fellowship with the Osteens.

What a fun quick day trip to Houston! ❤️ I recall someone asking me who is in our “ministry clique?” My hubby and I don’t have a clique. We’re after unity in the Body of Christ, and our mission is to win and gather souls for Christ. As leaders, we are ALL in this together. We should never have strife against anyone, especially other leaders. We desire for everyone to win, and we’re willing to converse with anyone to understand, learn, assist and have edifying discourse. This world is in need of hope, and us believers have THE answer. We want to give that hope to a broken world and be a bridge that connects so many isolated people. Thanks for the invitation to come out, @philmunsey! You’re an amazing man with a father’s heart. We’re honored to know you and we love you!

However one exchange in particular resulted in a mutual respect between both Heather and her critic.

“..What is your stance on false teachers and the prosperity Gospel? I’ll be clear this isn’t an attack,” one person wrote under the minister’s comments on Instagram. “It’s just a reality, and an honest question. Do we sit and eat with those leaders who are leading their sheep astray..”

Heather shared her take on the matter.

“If someone is outright rejecting Jesus Christ and preaching a different Jesus, then that’s a big problem. Thankfully, we don’t surround ourselves around those individuals,” she responded. “Sadly, people nowadays call people false because they simply don’t like them. In fact, my husband and I have been called false teachers by some who simply don’t even know what we teach.”

The preacher went on to explain the importance of unifying with people.

“Nevertheless, we love them and choose to talk with others to learn, understand and unify,” she wrote. “You never really know what you could learn if you sit to listen to understand instead of stand to judge and convict.”

At the end of the conversation, the person who sparked the exchange thanked Heather and said she was looking forward to worshipping with the preacher who responded with a heart emoji.

In her caption of the photograph, Heather explained her mission to be united with other people in the body of Christ.

“My hubby and I don’t have a clique. We’re after unity in the Body of Christ, and our mission is to win and gather souls for Christ,” she wrote. “As leaders, we are ALL in this together. We should never have strife against anyone, especially other leaders.”