From Popstar To Pastor’s Wife: Jeannie Ortega Plants A Church After Tragedy 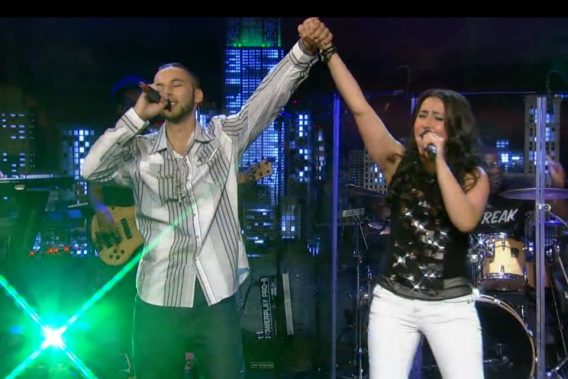 That isn’t some deep lyric to former popstar Jeannie Ortega’s latest song, this is a fact that she and her husband Rev. Renn Law have had to overcome after suffering two miscarriages since 2017. The singer whose first studio album debuted at number-one on the Billboard Top Heatseekers chart transitioned her career from pop music superstardom to worship leader eight years ago and has been devoting her life to ministry ever since.

That doesn’t mean that life got any easier for she and Renn. The tragic events that the couple have had to face ended up testing their faith unlike anything they have ever experienced.

Jeannie didn’t come out on the other side of things as the same person.

“I think before these things my faith was a little bit conditional. God has showed me through this what true faith is, because it was only God that could help me through this,” Jeannie told Ambo TV. “Now my faith is legit for real. Now God is not just a genie in a bottle for me… Now it’s like is God still good even when He doesn’t answer your prayers and yes He is.”

Losing two children has been anything but easy for Jeannie’s family. She admits that there were times when they were angry and left feeling heartbroken.

In the midst of despair, the pair did not stop giving their pain to God in prayer. In continuing to turn to God, Jeannie realized that He had a divine purpose for everything.

“What I learned in it is my pain is not in vain. That’s something that He showed me time and time again,” she said. “ Each time death happened in this way something new has been birthed.”

After their second miscarriage, Renn asked God what the point of everything was. The question birthed some inspiration to start a church called Most High King Ministries. 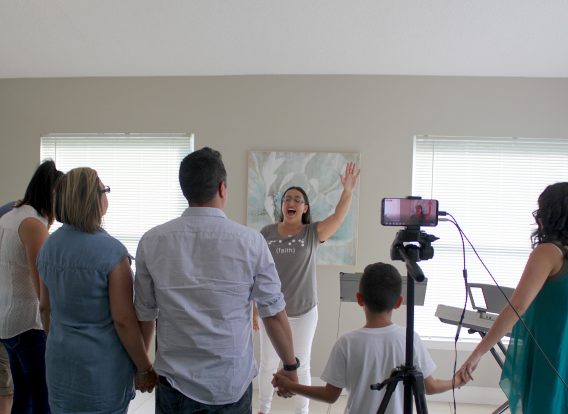 With God as their guide the couple gave birth to their new church in June which is based out of their home in Orlando, Fla. For those who cannot attend the service physically, they stream the services online.

For years Jeannie  has been meeting people around the globe and inspiring them with her testimony. Now, many of those people are looking to Jeannie and Renn to guide them on their path to follow Jesus.

Two years ago she and Renn were ministry leaders at Brooklyn Tabernacle, one of the most prominent megachurches in New York City.

A born and raised Brooklyn girl, Jeannie says she and Renn felt God was calling them out of the city they called home to start over in Orlando. Jeannie wasn’t sure what waited for them there and admits that if it was her choice she would have stayed in New York City.

That simple act of obedience was met with favor in a number of areas. The pair chose to be obedient to the call of God which resulted in Renn completing his ordination.

In 2017, an opportunity presented itself for the family to purchase their first home even though they didn’t have enough money to do it.

“We knew that He was giving it to us because He had a plan for us to use it for ministry,” she revealed. “Not to mention He moved us into a neighborhood where two doors down there’s a couple who works for Campus Crusade for Christ and their sole responsibility at their job is to help ministers plant a church.”

For the past eight years, Jeannie and her husband have grown as evangelists while serving in other ministries. Now, the fruits of their labor are evident in the fact that God has provided them with a home base  for their own evangelistic ministry.

Jeannie never imagined that she would become the wife of a pastor and help him guide people spiritually. It’s not like she doesn’t already have enough on her plate as the host of the TBN Salsa talk show In The Mix.

On top of that, Jeannie is a full time reporter for The Christian Post where she is constantly traveling to cover the latest happenings in the world of Christian entertainment. But even at work, God has reminded Jeannie about her call to ministry.

While on assignment for The Christian Post last year, Jeannie was given the incredible opportunity to interview movie star Denzel Washington. As a huge fan of his work, Jeannie knew she needed to speak to the actor about his faith.

When Washington, the son of a minister, began to share his testimony with Jeannie he also gave her a prophetic message.

“He turns to me and lays his hands on my shoulder and he’s just prophetically speaking to me. And he said, ‘you have to reach your millennial generation the best way you know how,” she recalled.  “He didn’t even say a lot more than that but in my spirit I knew that he was telling me, through God, that I needed to utilize Facebook, Instagram, Twitter and all these other aspects.”

Denzel was so fired up he was late to an interview he had after but he wanted to share this one final word with me and honestly I will treasure it and do what He said for the rest of my life, as the Lord leads 🙌🏼❤To those in my generation lets take this charge and help make the world a better place in Jesus name! .#denzelwashington #wordsofwisdom #legend #thehopeoftheworld #Jesus #kingdombusiness #generation #millennials.People requested I add a picture to this audio lol so had to repost

Even though Jeannie had been savvy with social media for some time, Denzel Washington’s word lit a fire in her to do more than post a few scriptures for followers. Her heart was prepared to be completely devoted to full time ministry.

Shortly after, Jeannie and Renn started a discipleship group on the WhatsApp Messenger service with 35 to 40 people that she has met throughout her travels over the years. The app can only fit a few hundred people, so the couple expanded their platform to Facebook and opened the doors of their home to birth Most High King Ministries.

The goal for the ministry is to ignite a fire in people by helping them walk in their God-given purpose and serve the Lord. In turn, the church wants those people to become a light for the world that spreads like wildfire in their own communities.

“I don’t know about you but for me, I lived a life that was considered by the world like ‘she made it.’ But I was never fulfilled until I started walking in my purpose in God, ” Jeannie said.  “So there’s a lot of people chasing success and chasing money and chasing all of these material things that are not fulfilled because they’re not walking in their purpose in God. So our main goal with our ministry is every person we come in contact with to ignite that fire.”

As a millennial, Jeannie is calling for people in her generation to do more than just follow celebrities and post hashtags about trendy causes. If this generation starts caring and connecting with people, she believes it can be powerful.

“That’s a big thing happening in the millennial culture. I feel like we’re real big on hashtags and not real big on actually caring about doing something,” she said. “We have so much we can do through the resources that we have.”

As somebody who had a radical encounter with God that changed her life, Jeannie wants to help other people do the same.

“I didn’t grow up in church. For me it was a radical change and it took me from my brokenness, my suicidal battles, my anger, my unforgiveness to freedom, wholeness and purpose,” she said. “So because I had such a radical transformation, I want to help other people come to that.”