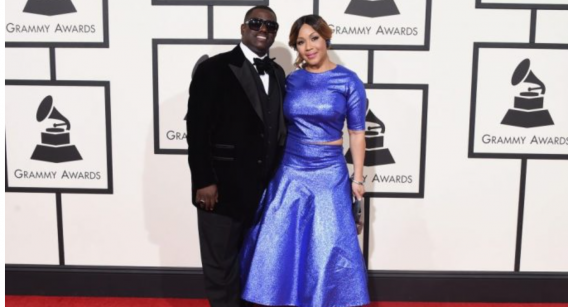 Erica Campbell is sharing a healthy conversation she had recently with two atheists and an agnostic, whom she was able to listen to and share her faith with.

The video was filmed for Buzzfeed and shared on Campbell’s Facebook page recently. Each person that spoke to the Grammy Award-winning gospel singer and first lady of California Worship Center, had a unique story.

For instance, Emily considers herself an atheist but wanted to be open to the idea of an afterlife since her twin brother died recently. She was raised as a Catholic “by default” but said she now found fault with Catholicism in general.

While Emily admitted that she was initially nervous to speak to Campbell, she walked away from the experience positively and asked the first lady of California Worship Center to pray for the well being of her family.

Nina, another woman that spoke to Campbell, was culturally raised as Hindu but now identifies as agnostic. When Nina said that the concept of God seemed too big for her to comprehend, Campbell revealed that her creator cared about her as an individual.

BuzzFeed introduced me to two Atheists and a young lady who’s Agnostic, and we talked about God. Even though we have very different beliefs, I really listened to what they had to say and then shared my perspective. #ILuhGod #ILuhPeople #ECspeaks #Buzzfeed

One of the most interesting conversations took place between Campbell and former Mormon Josh who now identified as an atheist. Instead of arguing with Josh about his belief that there is nothing after this life and religion only causes division, Campbell found ways to relate to him.

When Josh spoke about his strict Mormon upbringing with a preacher father and grandfather, the Christian singer said she could identify with his story.

“There was a lot of things that didn’t make sense to me, like why we were so poor. If you live for Jesus everything is supposed to work out,” Campbell revealed to Josh. “But the same way I wouldn’t doubt love because people have gotten love wrong, that’s kind of how I feel about God. And I think it’s very reassuring to me that after this is over there’s something greater.”