Dressed for the Appointment: Hope for the Promises to Come | Ambo TV
Featured Posts

Dressed for the Appointment: Hope for the Promises to Come 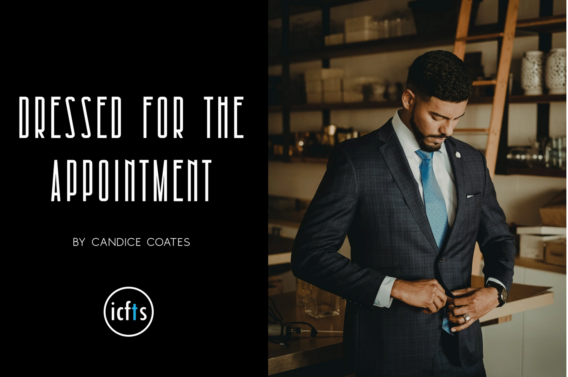 Several years ago I was led to write a short message reminding many of my friends on Facebook to keep holding on to the Word of Faith and promise that Christ Jesus had given unto them. Now, years later, I am urged to do it again.

The Lord laid this question upon my heart that only you can answer for yourself, really, and here it is. “Are you dressed and are you ready for the open door?”

It is easy to be given a dream and a prophetic vision for your future/destiny/purpose, but it is a whole other thing to not only hold on to it but to be prepared for it at all times. With many of the trials that we face within the monotony of life, it is easy to lose hope in the dream, allowing it to be transformed into the elusive ‘carrot on a stick’ dangling just out of your reach.

“Then Pharaoh sent and called Joseph, and they brought him quickly out of the dungeon; and he shaved, changed his clothing, and came to Pharaoh.”
~ GENESIS 41:14

The enemy has a way of trying to convince us that that is what the promises of Christ Jesus are, elusive and out of reach. The good news is that we know satan IS A LIAR! (JOHN 8:44)

No matter what is currently happening in your personal life, or in the entire world for that matter, God is still in control, the enemy cannot delay His plans for your life. Keep preparing and be made ready!

As we know that our Heavenly Father’s Word never returns to Him void (ISAIAH 55:8-13) (And our Savior is the Living Word that did not return unto Him void…think on that a bit more) We also know that the truth is not found within the enemy (JOHN 8:44). If the Lord said He is going to do something in your life, HE IS GOING TO DO IT!

“He (Jospeh) did not allow the circumstances that had tried him to keep him in the garments and appearance of a slave or prisoner but he presented himself as a free man to the very one who had the power to promote him. Joseph dressed for the open door, one he had been waiting on.”

So again I ask you, are you dressed and ready for your open door?

Consider Joseph. Joseph was given many prophetic dreams about his destiny and purpose. He, like all of us called by His Name, was destined to reign (ROMANS 5:15-17). Our Heavenly Father embedded these truths about his future deep within his being so that Joseph would know what he was meant to do and who he was called to be.

Even with these truths and promises deep within him, Joseph still endured hardships and betrayals, letdowns and heartbreaks that looked and were completely contrary to the promise and vision. He experienced circumstances that literally turned his world upside down and had the potential to put his very life at a permanent standstill. But Joseph did not relent on what God had shown and promised him.

Instead, he held on to the dream. For thirteen years Joseph trusted in God in the face of more storms and more roads that seemed to lead further away from the promise, but with each step down he kept looking up, waiting for his open door.

In GENESIS 41:14 we read that when Pharaoh suddenly calls for Joseph, Joseph immediately shaved and changed his garments in order to go before Pharaoh. He did not allow the circumstances that had tried him to keep him in the garments and appearance of a slave or prisoner but he presented himself as a free man to the very one who had the power to promote him. Joseph dressed for the open door, one he had been waiting on (GENESIS 40).

“Then the Lord answered me and said: “Write the vision And make it plain on tablets, That he may run who reads it. For the vision is yet for an appointed time; But at the end it will speak, and it will not lie. Though it tarries, wait for it; Because it will surely come, It will not tarry.”
~HABAKKUK 2:2-3

All along, Joseph believed that he was meant for greater so he dressed for greater. He held on to the Hope that ‘This might be the day!’ and it was! His day did come. He did not allow thirteen years of imprisonment to convert him in any way to a prisoner.

But not only did Joseph hold on but so did many others like Father Abraham and Sarah who waited over twenty years of their promised miracle son, Isaac (HEBREWS 11).

Yet, here is something else we need to consider and that is how we are waiting. Are we really waiting on the promise dressed with faith or are we like the fruitless fig tree giving the appearance of faith but empty of the real thing similar to the five foolish virgins who held lamps they didn’t bother trimming and with very little oil, or are we truly ready and waiting with faith and hope? (MATTHEW 21:18-22*, MATTHEW 25:1-13)

So I ask again, are you dressed for your open door or are you keeping on the clothing of a prisoner and a slave with no intention of changing them because of lost hope?

I pray the Holy Spirit leads you in all you do and for whatever He has in store for you, I pray you are getting dressed and ready because the open door is indeed coming! Be ready.

*If you are wondering about the fig tree, understand that fig trees have what is a preseason fruit, where they bear a first-run of figs and then a second yield. When Christ Jesus approached the fig tree that He later cursed, it was during the preseason for fruit. The tree had the appearance of doing what it was supposed to be doing but was empty of fruit!