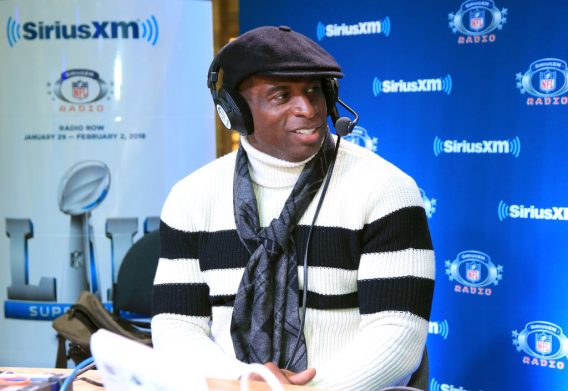 If it wasn’t for his faith, NFL Hall-of-Famer Deion Sanders would have taken his life.

Over 20 years ago, Sanders had accomplished what some people only dream about as a professional athlete in multiple sports, winning two Super Bowls and appearing in a World Series. Still, life had taken its toll on the football and baseball player when he drove his car off of a cliff with the goal of ending his life.

Sanders did more than just survive the estimated 30-foot drop. He decided to submit his life to God.

I finally just got on my knees and gave it all to the Lord,” Sanders said.

“Slowly, but surely, I had to deal with my faith, deal with my strength. I had to get a lot of Word in so that I could fight off the enemy,” Sanders said in an article featured on The Undefeated this week. “I wouldn’t be where I am today without my faith. People argue about what faith is, and who Jesus is, but it works for me. I’m not going to sit here and argue about who is what, and what is what, I’m just going to say it works for me.”

The athlete, who was raised in the church and attended Sunday school faithfully, began reading more of his Bible and found mentors in people like Bishop T.D. Jakes. He explained the importance of turning to faith to keep him grounded.

The experience was not an easy one for Sanders who sees how much his faith has changed his life.

“No one had told me that life would be tough going from one team to another one,” Sanders said. “Going from the enemy’s team, being one of his soldiers, to God’s team. That’s a tremendous turnaround.”